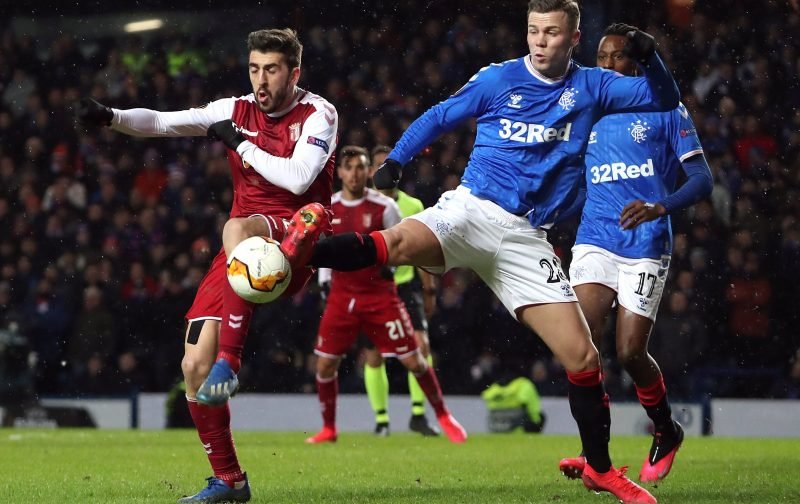 A report in the Edinburgh Evening News claims that Florian Kamberi could be making his way out of Easter Road after it was revealed that Hibernian are speaking to an unnamed club about a potential transfer.

Kamberi did have a positive impact in his short time at Rangers and although he may not have the quality required to challenge Alfredo Morelos for the central striking spot he offered something that had been lacking for much of the season – an option off the bench.

Steven Gerrard must have been frustrated with the likes of Brandon Barker and Sheyi Ojo being unable to change a game or impose themselves when coming on as a sub but Kamberi demonstrated in both the Scottish Premiership and Europa League that his pace, power and direct attacking play could cause opposition teams problems.

Before Covid-19 caused football to grind to a halt there appeared to be an obvious deal with Hibs as Greg Doherty had gone in the opposite direct along the M8 in January and had impressed in his short spell at the club.

Gerrard is a fan of Docherty and earlier in the season was at pains to emphasis that his lack of appearances wasn’t a reflection on the player but was because of the form of those playing in front of him, understandable given the position that Rangers found themselves prior to the winter break.

The irony wasn’t lost when Docherty departed to Hibs and hit the ground running only for the midfielders at Ibrox all to lose form simultaneously, had he stayed a bit longer he might finally have been given a run in the team.

Kamberi may not be seen as good enough to replace Ryan Kent or Alfredo Morelos but he is certainly an upgrade on the players already mentioned and has a versatility that would merit a place on the bench most weeks without weakening the squad, whether or not Rangers are the “unnamed team” will no doubt  come out in the coming days and weeks.