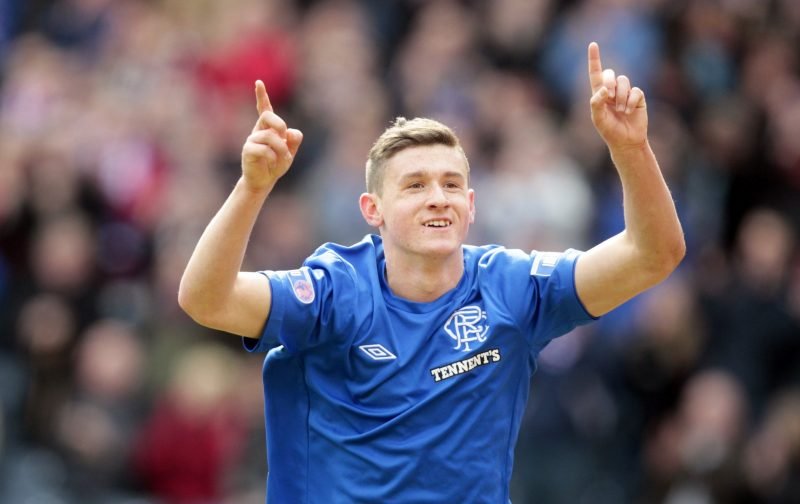 In the famous words of Andy Gray, “What a hit, son”.

Former Ger and diehard fan Fraser Aird scored a special goal for his current club FC Edmonton in their 1-1 draw with York United in the Canadian Premier League.

The 26-year old absolutely smashed this one right into the top corner, a very fine strike.

Canada international Aird is now back in his homeland plying his trade following stints with several Scottish clubs, most notably with his boyhood heroes at Ibrox.

Born in the Maple Leaf country to migrant Scottish parents, Aird was signed by Rangers as a teenager and was a regular feature in the squad during the club’s transitional season in the Scottish 3rd division, back in 2012/13 and the following term.

In total, Aird made 62 appearances for the club scoring nine goals in the process.

Hopefully now he is playing in the CPL, the former Falkirk, Dunfermline and Dundee United man can go on to progress in his career and add further international caps to his name.

A few more goals like the one above will certainly add to his prospects!