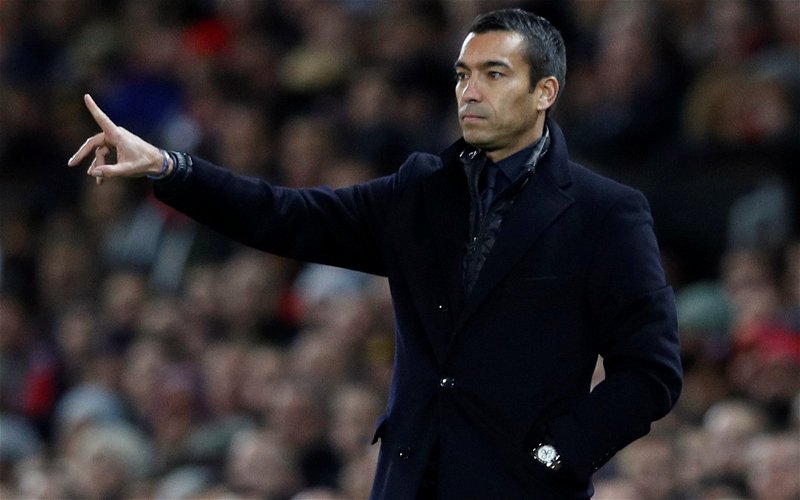 Giovanni van Bronckhorst has negotiated a tough start to life as Rangers manager, a must win Europa League game worth millions followed by the dreaded artificial pitch at Livingston and a cup final for Hibernian at Easter Road, three games, three different types of performance but most importantly, three wins.

The new manager will demand a repeat against Dundee at Ibrox today but I’d expect the shackles to be not quite as tight with Borna Barisic and James Tavernier given slightly more license to get forwards than they were in midweek – that we “kept the zero” and limited Hibs to one shot on target justified Van Bronckhorst’s set up though.

The subs that the gaffer made on Wednesday night could give us an idea as to what the starting line up might be for today’s encounter though, and as such, this is who I think he will go with: 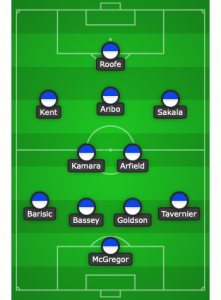 Thankfully, the game coming up in midweek against Lyon is a dead rubber so he can play a full strength team against Dundee knowing that most of them can be rested for the trip to France, Hearts at Tynecastle on the other side will require fresh legs and that fixture should take priority.

With this in mind I think Kemar Roofe should be back in the starting XI, he showed against Hibs what he can bring in this formation in a little over 20 minutes, he thrives on being the main man in attack and his goals per minute is the best of any striker at the club outwith Fashion Sakala’s small sample size. Alfredo Morelos just hasn’t looked himself of late and a guaranteed start on Thursday should stop him from sulking too much.

The two other decisions that need to be made are on the right-hand side of attack and in midfield.

Ianis Hagi haș created chances for team-mates and has been close to scoring himself but there is a niggling suspicion that Sakala or Scott Wright could cause more problems with the extra space that hugging the touchline affords, a team can never have too many goalscorer in it either.

In midfield, I have yet to be convinced that Steven Davis is comfortable in this formation, not only that but he just isn’t in form, he’s experienced to know this himself which might be why he has reverted to taking safer options when in possession – with just two designated central midfielders we need more drive and aggression, we looked a lot more dangerous against Hibs once Joe Aribo dropped in beside Glen Kamara but I’d expect John Lundstram to come in or Scott Arfield to repeat the role he had against Livi.

This is the type of game where getting the right balance between attack and defence is key to getting three points, the players have been quick in adapting to Van Bronckhorst’s message, let’s hope the upward trend continues.