Celtic have Caixinha in charge after latest Kennedy nonsense 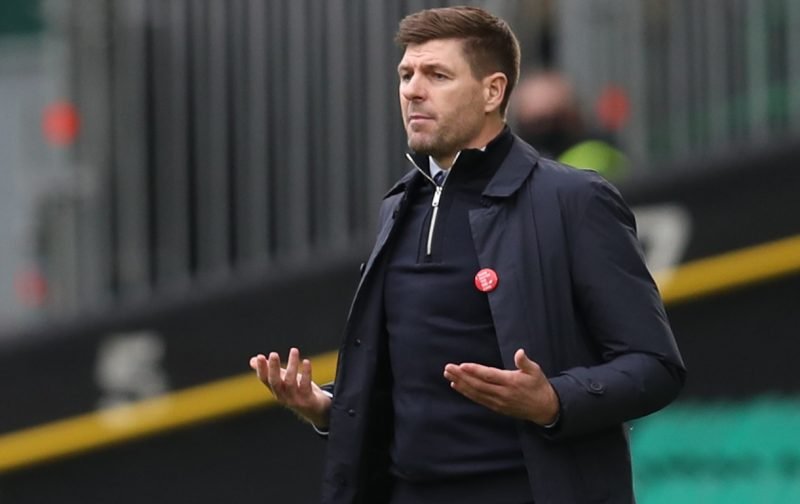 Rangers won the league five weeks ago and won’t get their hands on the Scottish Premiership trophy for another four, that’s how long we have been crowned champions for, and yet, apparently, we aren’t the best team in the country

That, surprisingly enough, is from Celtic’s manager in waiting John Kennedy, who really has gone full Neil Lennon this week in claiming conspiracy one moment before launching into unsubstantiated hyperbole the next.

Strangely though, unlike Pedro Caixinha when he made the claim, there has been no rush to ridicule or belittle Kennedy’s comments but when you compare the two quotes, there is very little between them.

The Celtic interim manager said, via The Daily Record, after getting carried away with his side’s 6-0 thrashing of nothing-to-play-for Livingston:

“I have full belief in the squad we have here, that on our day we are still the best team in the country. One hundred-per-cent. That’s the reaction you have to have. There was always going to come a point where we had a setback.

“It was a big one for us this season but the best always bounce back. It’s easy to give up and say ‘oh, we’ve had our time’, but I have said it to the players, it is very much about how we respond to that.”

Compare and contrast to what the great Pedro said just a few seasons ago when Rangers were at an equally low ebb:

“This is the squad we have for now and we really trust the players we have right now. For us, this is the best squad in Scotland.

“When I work with one team, the players who complete that squad are always the best ones.

“I do believe the players can have a better version than they are having at the moment.”

Not much difference when you consider the language barrier, and it is just the latest example of how the press have their favourites but also how foreigners are treated differently, again, compare the treatment of Alfredo Morelos to that of Leigh Griffiths – you would never guess that it was the latter that has been convicted by the police and the former that has raised thousands for charity in his homeland when you document their respective column inches over the last few seasons.

Rangers shouldn’t need any motivation other than a place in the next round of the Scottish Cup but I know if I was Steven Gerrard, I’d make sure that there were more than a few copies of Kennedy’s remarks left around Auchenhowie this week as the build up to a hotly anticipated Old Firm derby begins.