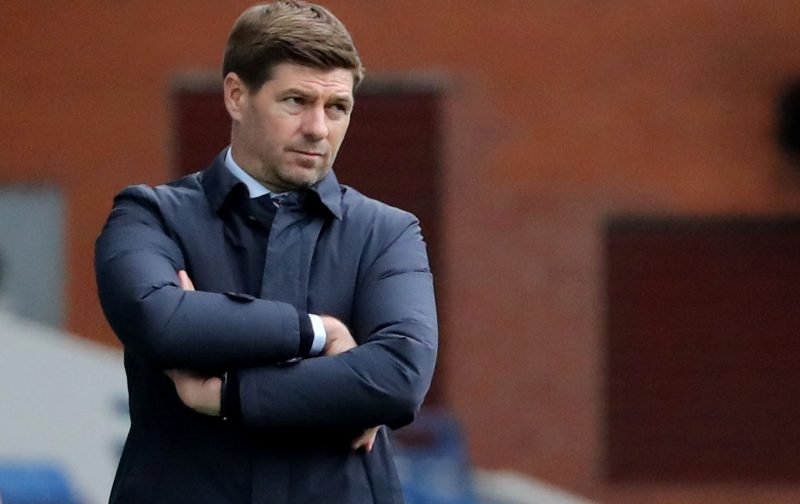 Kalvin Phillips, the star of England’s EURO2020 opener against Croatia, has spoken of his admiration of Steven Gerrard.

He stated that the current Rangers boss is one player who he would love to have with him in the England team now, as well as name checking another England – and Rangers – legend, Paul Gascoigne.

In conversation with Ian Wright for the England Team official YouTube ‘Lions Den’ feature, they spoke at length on the subjects of first call-ups and inspirations.

Leeds man Phillips was quized on which former international he would he bring back to play in the current England team, to which he responded:

“It is hard to say, I feel like some of the players I have watched over the years, and I’d probably say, it is hard to say because I would love to play in midfield with Gerrard.”

“I would love to play in midfield with Paul Gascoigne – but I think between one of those two, I think I would have Gerrard or Paul Gascoigne.”

On a lighter note, he stated, “I know we have got a person, who looks similar to Gascoigne now in the squad in Phil (Foden).”

“I feel like if I had to choose between them, it would probably, I am going to go with Steven Gerrard just because I grew up watching him and have seen how well he has done over the years with Liverpool and with England.”

The rapid rise of Kalvin Phillips through the ranks at Leeds United, has been a very impressive one – with his game and stature coming on leaps and bounds under the tutlage of Marcelo Bielsa.

In defence and attack, he simply didn’t look out of place at Wembley on Sunday – he received almost universal praise for his showing on merit, including an excellent assist for Raheem Sterling’s winner.