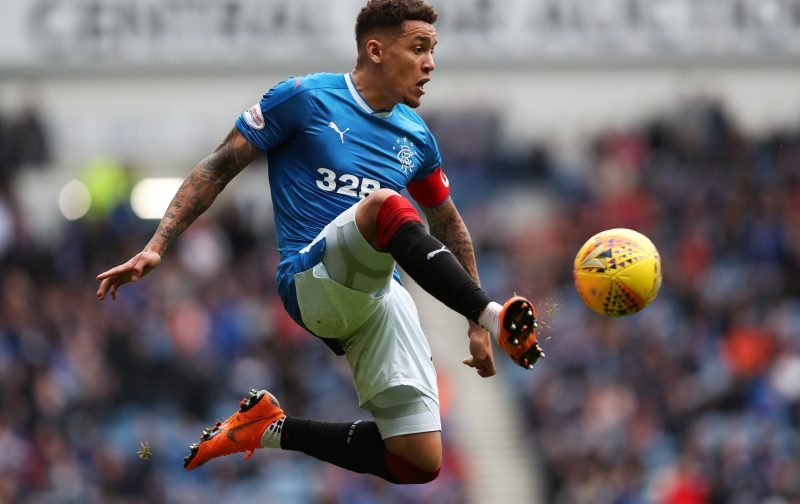 Rangers defender Connor Goldson has recently singled out teammate James Tavernier for special praise after the team’s solid start to the 2018/19 season.

Unbeaten so far under Steven Gerrard, there’s no doubting that things are moving in the right direction under the new Gers boss, even if there have been frustrations with needless points dropped against Aberdeen and Motherwell.

Speaking ahead of the recent match against the Steelmen, Goldson couldn’t have been more effusive with his praise for his captain.

As quoted by the official Rangers website, the 25-year-old said:

Tav has been brilliant. From what I’ve seen of him this season, he deserves to wear the captain’s armband every week. He’s taken his game to a new level.

When I came here in pre-season I said to him that he is a Premier League defender, he just needs to sort out his defending at times. This season, he’s been unbelievable. I’ve never played with a right-back that can attack like that.

It’s not surprising to hear a player speak positively about a teammate but Goldson’s are particularly strong and at the very least highlight the confidence that Rangers stars have in the team right now.

Tavernier’s quality in attack was again on display at the weekend against Motherwell, whipping in a delicious cross for Kyle Lafferty to head home.

Then again, so were his defensive frailties, letting Motherwell score their second of the afternoon far too cheaply.

To say he could play consistently in the English top-flight may be taking things too far, but when the club captain is in full flight on the right flank there is one certain determination – he is the best right-back in Scotland by a mile.

Will the defensive side of Tavernier’s game improve this season? Share your thoughts in the comments below…