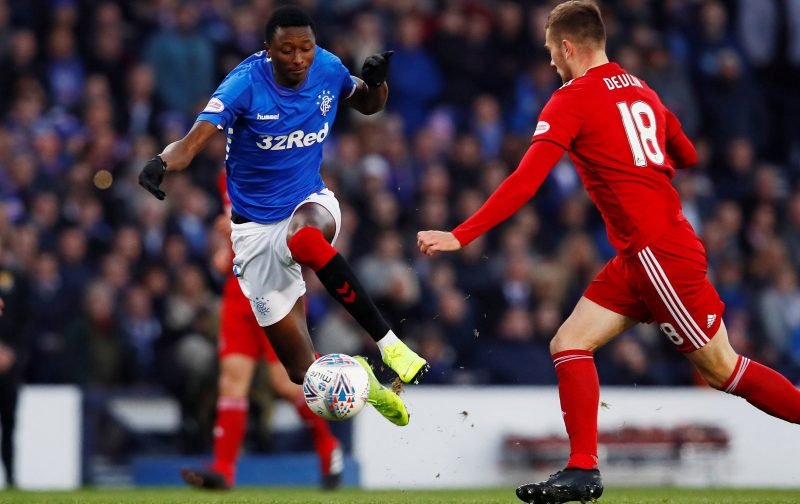 This one is very difficult to fathom given what we all witnessed.

Yes, Rangers flop Umar Sadiq has been linked with a move to Bayern Munich which is a shock as it is, never mind the fee being quoted.

“The Bavarian giants are interested in the Almería striker, with a release clause of 60 million euros and four more years of contract to run.”

“Almería are not listening to offers at the moment.”

When Sadiq was despatched out of Ibrox by a less than impressed Steven Gerrard, having only made one start – THAT Aberdeen game at Hampden – in three appearances, he went back to parent club Roma before heading to Perugia on loan.

A very productive spell at Partizan Belgrade followed, leading to his 4.5million move to Almeria this term.

The gangly Nigerian striker has been on fire in Spain.

Having already bagged six goals in ten appearances for Partizan, he landed in Andalusia and was right back on the goal trail.

A very impressive 15 goals and five assists from 29 appearances in Spain’s second tier has alerted the big guns.

Truly incredible stuff, but a commendable turnaround from the player.

Bayern is not the only club interested in Sadiq. The player has a contract until 2025 and Almeria are waiting for the end of the season and hoping they could keep him one more season in case of promotion. Otherwise, they would be willing to listen to offers starting from €30m pic.twitter.com/1ykQ55HtbG