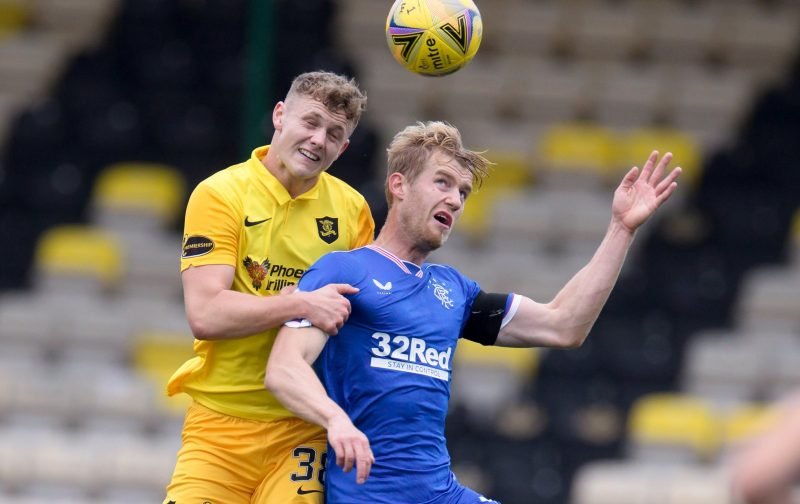 The solid Swede has dismissed ‘speculation’ stating that his full focus is on Rangers, with the added summer incentive of EURO 2020 action with his national side.

Recently, the former Bologna man has been linked with Aston Villa and Leicester but he has moved to cool that talk.

As reported in the Glasgow Times, he stated:

“It’s just speculation. I feel good here and I have two years left on my contract (at Ibrox).”

“That’s really the only thing I think about.”

“I want to continue to perform well at Rangers and then hope to be able to join the European Championships this summer, thhis is where my focus lies.”

“It has been fun (this season), but also different, as there have been no fans in the stands, but it is the same joy to have won something.”

“I come from Malmö and winning at home with my own team is special in its own way, but winning something abroad is also fun.”

“It was also an ambition I had when I came here, to be able to win something.”

“It is definitely a big goal that I set, so it is fun to be able to check it out.”

That winning feeling of Steven Gerrard’s players is something that needs to be infectious, to take into the Scottish Cup clash against Celtic tomorrow.

It is not lost on Helander that a double is in sight, starting with the Old Firm encounter:

“We meet quite early in the cup. It is as usual when we meet Celtic that it is a very big match.”

“It is also the last title we can win this year, so it is something we look forward to very much.”

“I have never won a Double, so it would be very big.”

Massive for Helander, the club and the fans – the anticipation is building, the incentive is clear, the wait is almost over.