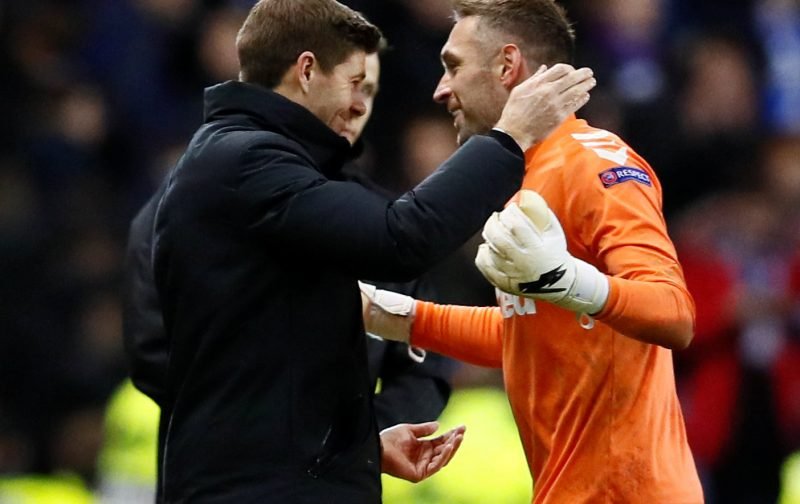 For the first time since taking over in the Ibrox hot-seat Steven Gerrard has a few selection decisions and not because he has to keep experimenting until he gets it right.

In attack, he has genuine strength in depth with creativity coming from both full-backs and all across his forward line.

But the biggest one he has to make is between the sticks where a player that has, arguably, been his most consistent over the last two seasons now finds himself on the bench kicking his heels.

Allan McGregor has been pivotal in helping to almost halve the goals against column whilst being relied upon to produce a series of match winning saves in the Europa League, however, time and a series of back injuries are starting to take their toll on the veteran stopper who is in the last year of his contract with the Light Blues.

When he arrived in the summer, Jon McLaughlin was seen as a safe and dependable back-up, an upgrade on Wes Foderingham and a player that wouldn’t block the natural succession of the highly rated Robby McCrorie who has just earned his first senior Scotland call-up, but, in what has been one of the unexpected bonuses of the transfer window, it hasn’t quite worked out like that.

McLaughlin goes into the international break with a solid claim of being Scotland’s number one, yet to concede a goal for Rangers and demonstrating a calmness on the ball that is an absolute must in modern football. 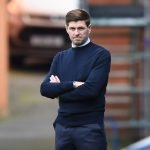 His distribution from the back has given him the edge over 42-times capped McGregor, that and making the odd save like the point blank one against Hamilton and against St Johnstone when Callum Hendry was clean through, being able to pick a pass in midfield has allowed Rangers to build attacks more consistently rather than having to compete for 50/50s.

It is early doors but Gerrard will have a decision to make when Dundee United come to Ibrox next weekend, and it would take a brave man to suggest that dropping the man in possession of the gloves is the right move to make given his impressive start to life as the last line of defence for the current league leaders.