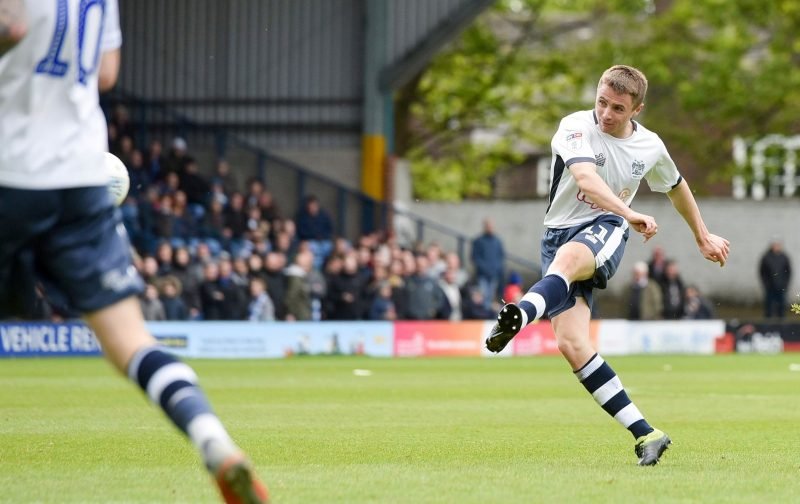 Jordan Rossiter has made excellent progress out on loan at this season and is well placed to make a Rangers impact, according to Bury boss Ryan Lowe.

Rossiter was sent out on loan to Bury in January by Steven Gerrard after failing to make much of an impact in the Ibrox first-team.

With concerns about his fitness ongoing, it was a chance for him to show he can play consistently in a demanding, physical league and he’s passed that test with flying colours, playing 17 games and winning numerous man of the match awards.

Lowe believes he is fit enough and good enough to now do well at Rangers, telling The Herald:

He was in the team every week, he trained every day and didn’t miss anything. He was phenomenal and for a guy who has had injuries and niggles, for me to get him on the pitch week in week out was great.

There were times when I wanted to rest Jordan because I felt he had played so many games and I was asking him if he was OK. He said ‘I’m fine’ and he wanted to be in every training session and every game.

I can’t speak on behalf of Stevie, but Jordan was terrific for me and he is a Rangers player. Why can’t he go and break into their team?

He played week in week out for us and was terrific and been talked about down here for a few months since being with us. I would like to think he can certainly go and stamp his authority in the Rangers squad, but whether he plays week in week out that will be up to Stevie.

It’s fantastic hear he has impressed so much and while League Two obviously isn’t the strongest competition around the loan must be seen as a massive success and the midfielder should get a chance to show what he can do in pre-season.

Competition for midfield places is fierce at Ibrox right now but Rossiter is still just 22 years of age and continues to have massive potential if we can get him playing regularly.