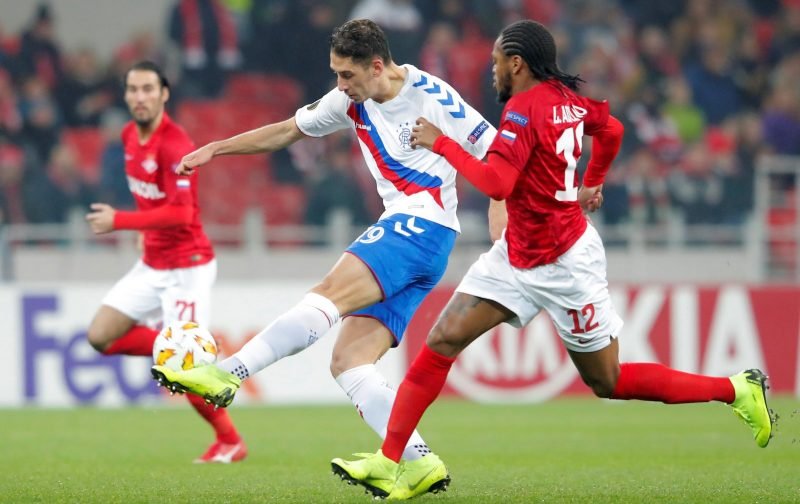 Rangers manager Nikola Katic is delighted to be working under manager Steven Gerrard despite admitting selection frustrations earlier this season, as reported by The Daily Record.

The 22-year-old initially started his debut campaign at Ibrox as a regular alongside Connor Goldson in the heart of the Gers defence but was eventually replaced by loanee Joe Worrall.

The Croatian has admitted it was a difficult time for him, but came to learn he wasn’t playing for a reason.

As quoted by The Daily Record, the centre-half said:

It was my first season at this great club and when you play for an institution like this, the pressure is huge. So all in all, everything was OK.

There were ups and downs this season. It started well but then new signings were made and there was plenty of rotation.

But when I sum it up, I have to remember I played 30 games. We did not concede a goal in 15 matches and lost only two. So my statistics are brilliant.

You know, I used to be angry when I didn’t play because I thought I deserved to. But I needed to be realistic. I had weaker matches so I was on the bench for a reason.

Steven Gerrard says he respects me and I respect him. We have a great releationship.

It’s a honest interview from Katic, not only highlighting his passion for playing for Rangers but also the excellent man-management from Gerrard.

Dropping players is never easy on them as performers but is sometimes necessary for their development and there’s no doubt that since coming back into the first-team recently Katic looks like a much improved player.

He’s forging an impressive partnership with Goldson and it bodes well for next season when you’d expect the duo to go from strength to strength.