Tributes pour in for Darts hero and Rangers fan Andy Fordham who has died, aged 59 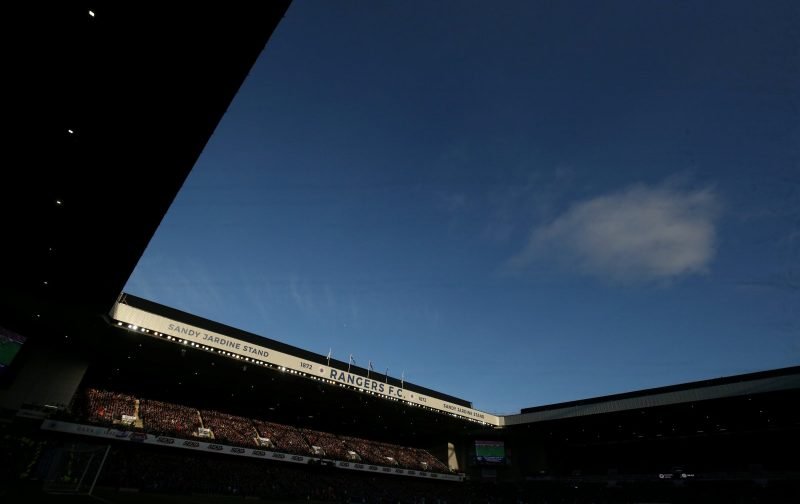 The very popular BDO Champion and well-known Gers fan passed away following a period of ill-health and after the news broke on Thursday, tributes poured in across social media from those who knew him, worked with him and even fans and others who happened to meet the big character that was Fordham.

Born in Ferbruary, 1962 in Bristol, ‘The Viking’ gained his on-oche nickname due to his appearance.

A heavy set man with a beard and big hair – he was an imposing figure.

His finest hour was his win at Lakeside, securing the BDO Championship in 2004.

Fordham made a string of appearances at Ibrox for different functions and was known to be a pal of The Goalie, Andy Goram.

Andy Fordham wasn't afraid to show his colours and Rangers leanings at a time when it was easier for those in the public eye not to do so.

Sorry to hear that former World Champion #AndyFordham has died. I really enjoyed his company during my days on the Darts Tour- a real gentleman who loved to talk about Rangers! Condolences to Jenny and the family . #TheViking

Andy Fordham was a family friend for many years & also a friend to many many people, a big character, loved the rangers 🇬🇧 but most importantly a really lovely man. My thoughts are with Jenny & all the family. RIP big man 🏴󠁧󠁢󠁥󠁮󠁧󠁿🇬🇧

Tributes to a colourful and much-loved figure who struck up a friendship with Andy Goram and supported Rangershttps://t.co/UqXd0R0SvN

Just heard the devastating news that Andy Fordham has passed away. He was a gentle giant and loved by all. Our condolences go out to his wife Jenny family and friends. RIP ANDY FORDHAM THE VIKING. pic.twitter.com/GvJqVp9x6J