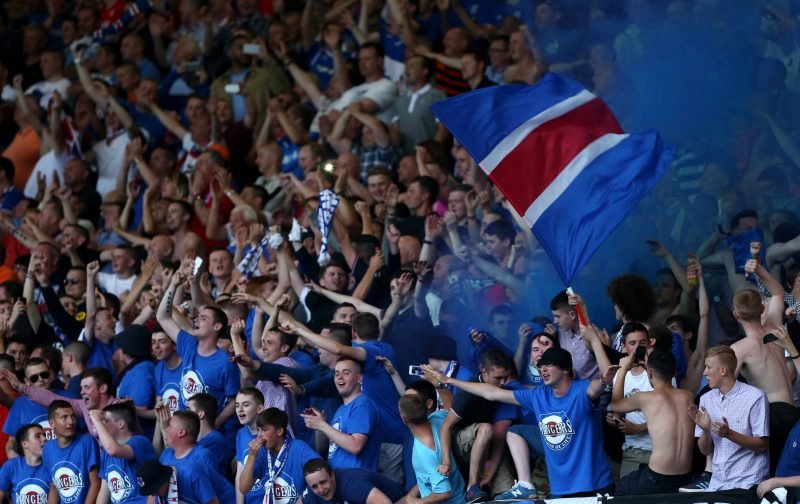 Rangers – A Way of Life.

Bold and clearly stated, the above slogan speaks for itself.

It is also a mentality that was brought to life in vivid colour and raucous noise as the Rangers supporters roared their team on to the pitch for yesterday’s Old Firm clash.

Right through the derby victory the fans made their presence felt, creating an electric atmosphere in the first Rangers-Celtic game in front of a capacity crowd at Ibrox since September 2019 and the onset of the pandemic which followed.

Just prior to the game, the Union Bears unveiled a stunning double display in the Broomloan stand which looked the part with mass participation for both aspects.

As first, a large scale mosaic was created and then a backdrop of flags was complimented with a huge centrepiece banner with that emphatic slogan standing out.

Now the UB has released a t-shirt with the same design to celebrate the occasion and to allow fans to have their very own memento as well as to literally wear its meaning.

For further info and to buy the t-shirt, follow this link.

The ‘tifo’ and the all-round atmsphere caught the imagination, across TV and social media in addition to those who attended the game.

One of those was Simon Jordan of Talksport Radio and former owner of Crystal Palace.

As reported by the Daily Record, he said of his Ibrox experience and the noise in particular:

“There is something very unique, it just crackles.”

“Even without Celtic fans, just the whole electricity of this stadium, walking out on the pitch on Friday morning, seeing it in isolation, to seeing it alive with these fans.”

“Put aside what people told me I was going to hear with certain chants, what you saw inside a stadium was fans who were only shouting at each other because there was no opposition fans to shout at, was an atmosphere I’ve not seen before.”

“I’ve not seen an intensity or volume like that.”