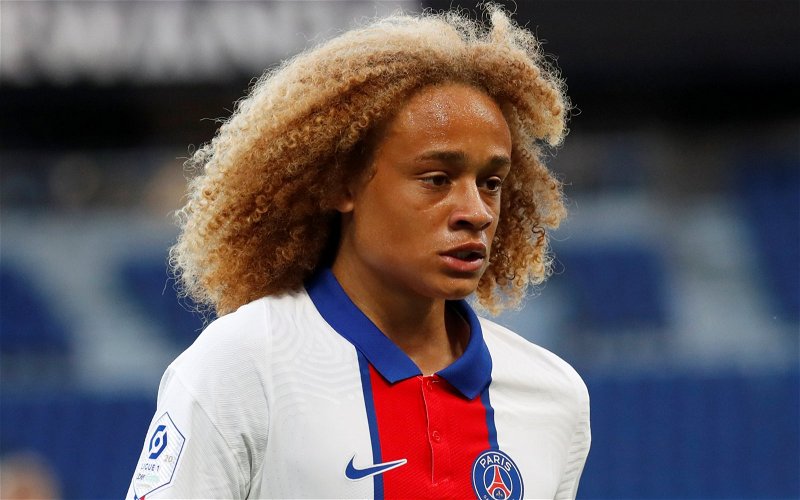 The January transfer window seems like a long time ago, however, if you can, cast your mind back to some of the players we were linked with and one name in particular that always looked like something out of fantasy football.

Xavi Simons has yet to extend his Paris Saint Germain contract with the Netherlands youth cap having just a week left to run on his current deal, the chances of the playmaker staying looks increasingly unlikely, so is there any chance that the persistent rumours in the winter had a semblance of truth to them?

Footballtransfers.com has named us as one of the teams where Simons could end up alongside two from the Premier League, Bayer Leverkusen and his old club Barcelona where he came through their academy and they have explained why Glasgow remains a possible destination:

“One of the surprise candidates to sign Simons are Rangers, who have been linked with him for a few months now.

“Giovanni van Bronckhorst reportedly wanted to make the Dutchman the cornerstone of his Rangers project and the Scottish club have become an increasingly attractive landing spot for Simons, having reached the Europa League final.”

As a former Golden Boy nominee, he won’t be short of offers but I’d be surprised if any of the other teams are offering him the chance to be the main man, our reputation hasn’t been as good since the early ’90s and the Dutch connection to our coaching staff and manager could be a deciding factor.

The good news about Connor Goldson staying at the club has been tempered by Ross Wilson extending the contracts of all but one of our veterans, ironically, Leon Balogun being the one that most fans would probably have predicted, and wanted, to stay. The Rangers sporting director needs to produce something special in the coming weeks to get fans back on side and Simons could well be that something.