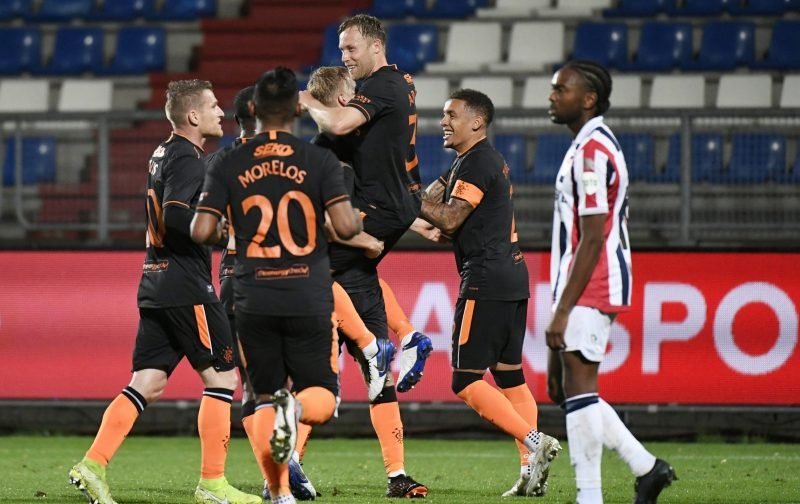 Eredivisie side Willem II have released a striking new away kit in honour of the same monarch who the club is named after.

Set against a dark blue baroque design, a diagonal orange sash completes the look of the new shirt, which contains other features with a nod to their Dutch regal heritage.

The Tilburg club were Rangers opponents in the qualifying stages of last season’s Europa League, with Steven Gerrard’s side registering a 4-0 result with a dominant performance to match.

Now the context and history/culture of ‘orangeism’ in the Netherlands is not the same as in Northern Ireland and Scotland, but the relevance and resonance of the royal House of Orange remains in both situations.

We have seen over the years, the double standards and hypocrisy of many in Scotland, whether it be manufactured grievance or the commentary from mainstream media sources toward anything orange related to Rangers.

Many of the same people have no such issue with the representation of orange on the flag of the Irish Republic and what it is meant to represent – I wonder if the penny will ever drop.

Could you imagine the seethe at this orange sash kit?

On its own merits, this is a stunning shirt and a fine mark of respect to the history of Tilburg and the old but beautiful Dutch nation, from Willem II.