When Souness met Maradona…..with a trademark tackle sending him up into the air 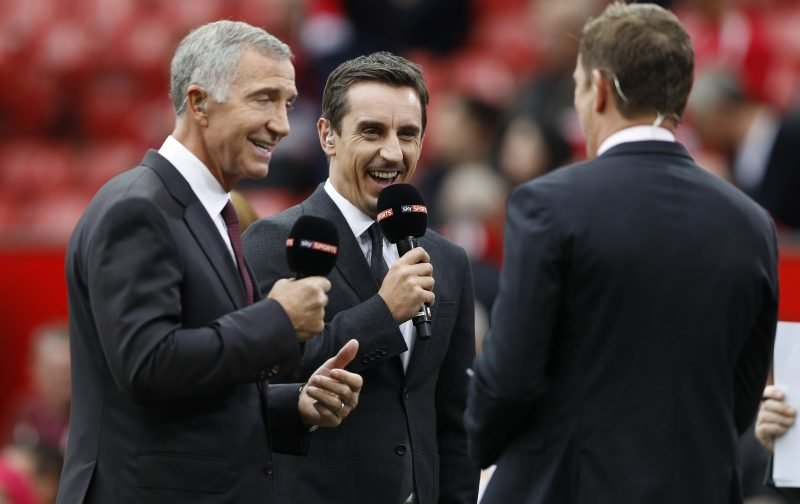 How about this one for nostalgia.

The Rangers legend was reknowned for his brute strength and aggression – but behind that was a terrific, cultured footballer.

Real tackles, cynicism and ‘leaving a marker’ were part and parcel of the game back then – especially in Italy.

Below, we see the two players coming together, as the Scot takes his opportunity to target the mercurial Argentine.

In what is a sign of times past, this challenge was simply waved on by the referee.

To his credit, Maradona gets up, takes a breath and carries on – nothing like the theatrics that are common place in the modern game.

Further similar actions would occur at Ibrox and elsewhere in Scotland under the Souness Revoution that transformed Ibrox and Rangers, following his arrival as player-manager in the Summer of 1986.

As we know all too well, the bold Maradona was a fan of the dark arts as well.

Souness introducing himself to Maradona pic.twitter.com/a88NBbNcHX