What ego? Gerrard’s star man proves he is the real deal after pep talk 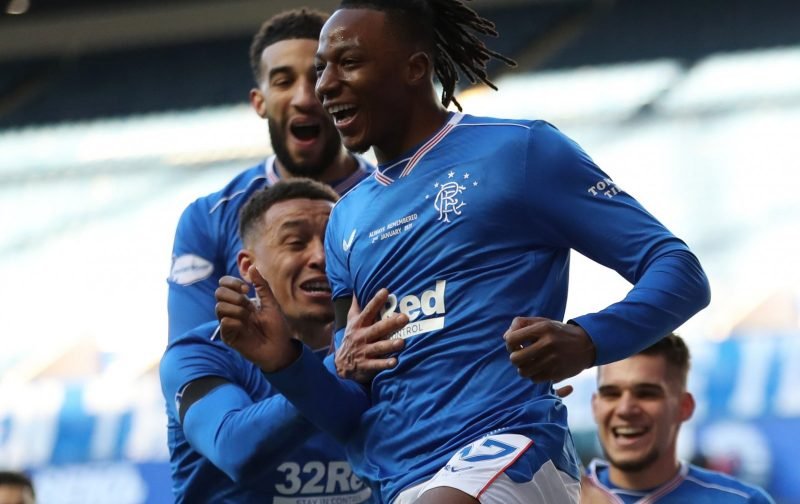 That was the message from Steven Gerrard ahead of the Livingston game when he talked of a depleted squad and asking certain players to do a job for the team.

After he confirmed that Borna Barisic wouldn’t make the visit to Almondvale, it was clear that someone would be filling in, out of position on the left hand side.

Conscientious fans will remember the Braga game last season when Aribo was shifted to a wide left position – very soon after he produced his stunning solo goal that will live long in Ibrox folklore.

In last night’s game, Aribo was excellent – he really made himself stand up to be counted much like the rest of his teammates.

In the second half, the Champions registered two stunning team goals with the Nigerian international at the heart of the third goal.

Typically, he commanded the ball when it looked lost, with a mix of skill and strength – before slotting a lovely through ball into the path of Cedric Itten who produced a lovely cut-back for Ianis Hagi to finish with aplomb.

The reaction and praise from Gerrard for Aribo’s performance was effusive:

“A manager can ask a player to do a role and good players can do some, but Joe Aribo is a top player.”

“Whatever I ask him to do he goes out and gives it his best shot.”

“He’s my man of the match tonight just because, if you think about it, he’s a number 10.”

“He’s just been so comfortable at left-back, he’s cruised it and breezed it.”

“That left-back performance is as good as we’ve seen in my three years of being here.”

“So well done to him for parking his ego and doing a job for his team-mates.”

The ego referred to is not about arrogance – not the grounded, humble person in question.

It is mentality, ability, impression, body language, application – all boxes ticked by Joe Aribo who is getting better and better at Rangers.

In this upcoming third season in Glasgow for the Londoner, it looks like the best is yet to come.