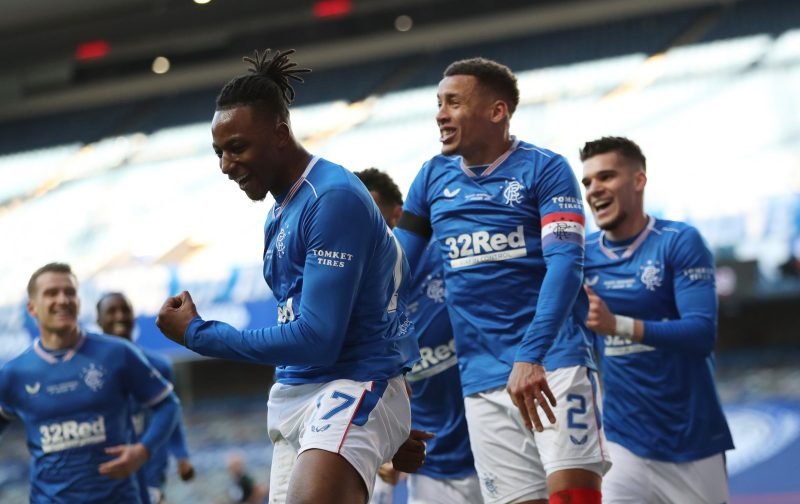 The enormity and importance of last week’s victory over Celtic should not be dismissed. Whilst the game was not a must win for Rangers, it was important for several reasons that we did not lose and in the end, the manner of the win and the three vital points was very satisfying. The feeling this time was a bit more intense, knowing that a 19 point gap was there for the taking.

They were desperate to win and they came close. A loss for Gerrard’s team would have meant a rejuvenated Celtic and an increase in their belief that they can get back in front. They came with a plan which worked to an extent, but wasn’t likely to last for 90 minutes. Instead, they gave all and got nothing. Demoralising.

It can’t be denied that Celtic were the better team in the first half. They were frantic and urgent to get in the faces of our players and they prevented our full-backs from getting forward and linking play, like they usually do. Thanks to a masterclass from Allan McGregor, showing that he is still a top quality goalkeeper, the score remained goalless at half-time. McGregor epitomises the quality that is synonymous with Rangers goalkeepers. On the bench, Rangers have a very capable deputy in Jon McLaughlin meanwhile our rivals have been messing about this season with three keepers of an inferior level.

It was very disappointing that we didn’t register a serious attempt on target in the first-half, but all would end well. The break came at a good time for the Gers who quite frankly, had been a letdown up to this point.

A couple of tweaks to the Rangers set-up including the introduction of Ianis Hagi made a difference. Gerrard and Beale challenged the players to show their hunger and they responded. Celtic were still in the game, but it was a more even contest. Rangers defended better and Celtic’s intensity dropped, as anticipated. A clearly overweight Griffiths was not likely to last 90 minutes and subs were introduced in due course. The red card was an obvious one for Nir Bitton and his team mate Shane Duffy was very fortunate not to be sent off soon after his introduction. A couple of weeks on from Scott Brown’s snarling in face of Hearts players at Hampden, the best he could do this time was to feign injury and attempt to get Morelos sent off, as a late sub.

Our team got the job done and had found a way to win. 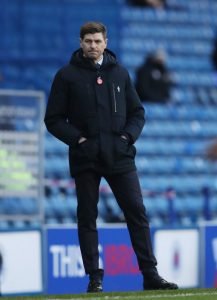 Leading up to the Old Firm, there was a clear focus and a determination emanating from the dressing room. One game at a time, same three points, just looking to the next game are well used cliches but the attention to detail and tunnel vision is apparent. Everything has been measured and long may it continue.

The manager came across very well in the build up, during and after the derby game last Saturday. With his close links to the Hillsborough tragedy, he was able to seamlessly empathise and identify with the importance of the Ibrox Disaster anniversary commemorations. He knows what it means to the families, to a massive club and to the collective psyche. Gerrard carried himself impeccably and this was apparent in the post match scenes. There was no jubilance or excess, like last year at Parkhead, but this one was very different. The club’s approach delivery of the 50th commemorations were classy and respectful. Thank you and to the families and survivors, you won’t be forgotten. 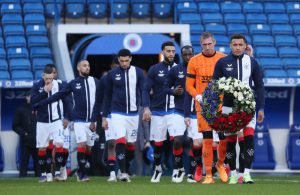 We are in serious form with 14 consecutive Premiership wins. We are in strong contention to make a claim for the title but we’ve been here before in recent years and imploded. That can’t happen for a third time but Gerrard, Tavernier & co seem to be on track to deliver this time.

Apart from the St. Mirren League Cup upset, the season so far has been faultless. Of course, there have been bumps along the road and there will be some more before the end of the season. Europe has been fantastic and we are well set to resume action in Belgium next month in the Europa League having topped our group.

For now, it is all about the main priority, our title challenge. Having set a fine lead, regardless of our rivals games in hand, the massive month ahead can really propel our title charge. If we can navigate the league games this month, away to Aberdeen, Motherwell and Hibs as well as a home fixture against Ross County, with minimal or no points dropped we will be in a fantastic position to get the job done.

A Scottish Cup tie at the end of the month is due to bring January to a conclusion.

If we go into February in the same position or better, it will be a corner turned for this team. Previous January woes and Dubai talk can be put to bed…at least for one side of Glasgow. The mentality will be enhanced and with recent wins despite not playing to our best, the resilience will be further strengthened.

Celtic have to play catch-up with no room for error but that is their problem.

Rangers have it in their grasp to go and be winners. To put down a marker, to remove the doubt and to give us all that big success that is craved.