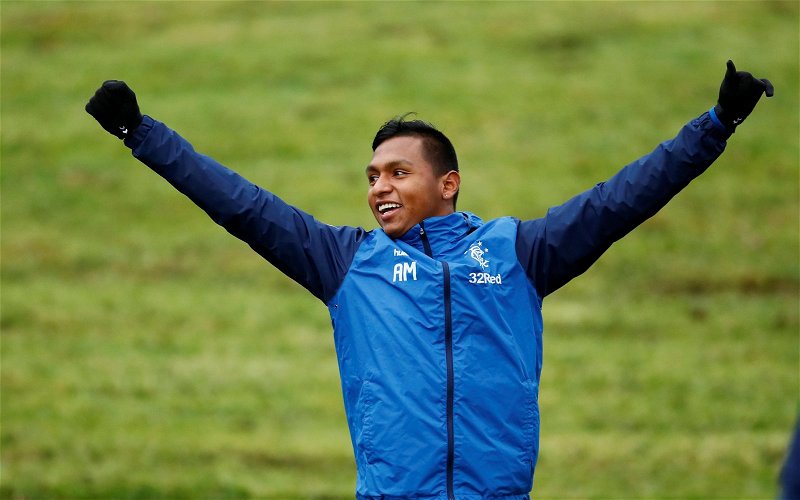 Rangers finally announced the signing of Juan Alegria with the Colombian youth cap set to join up with the B squad in the Lowland League.

The 19-year old has long since been a target of the club, Steven Gerrard speaking about his potential arrival in 2020, that Rangers praised FC Honka for their part in the transfer speaks volumes for how negotiations have been completed, despite their protracted nature.

Some footage of our potential new young forward Alegria scoring for his Finnish club. Second goal in particular interests me. https://t.co/3Yc1MpMMIp

He recently scored his first senior goals in Finland arriving with a reputation not quite on Alfredo Morelos’s level but certainly one that makes it an exciting acquisition.

El Búfito 🐃🇨🇴
(Would that loosely work as “the little buffalo” in Spanish? 😂) https://t.co/8KV5OiZoR2

For all that he won’t go straight into the match squad with the young Gers, fans shouldn’t have long to wait before they catch a glimpse of “El Pequeño Búfalo” – The Little Bufalo, lining up in a Light Blue shirt.

Taking to Twitter after the deal was announced, Rangers fans couldn’t wait to welcome him to the club, some going down the obvious approach whilst others might Juan day regret the puns that they used….

Hope he’s a Juanderful signing life El Buf. Some determination to get him and at what looks like an even bigger snip too

Juan for the future I think

Welcome to the Champions 💙 pic.twitter.com/mnJ5vWUI1K

There can’t have been many youth players arrive at the club with such high expectations, recently we’ve seen Charlie McCann and Tony Weston to name but two, however, Alegria really is a step into the unknown and yet another sign that there is a real “one club” approach to recruitment from the academy right through to the first-team  where one day we will see yet another goal scoring genius.