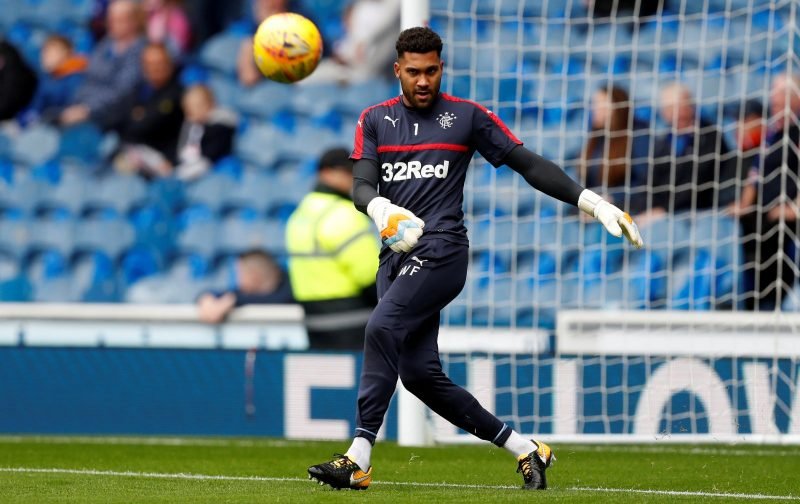 Many of us are expecting changes this summer in terms of the playing staff and it is safe to say the rumour mill is already throwing out plenty of speculation involving the Gers.

A decent season needs to be built on by the right signings coming in and Steven Gerrard is surely set to be keen on shaking things up where possible.

It looks as though he might be ready to get rid of someone like Wes Foderingham if one report is to be believed.

Football Insider suggests he is looking at bringing in Seny Dieng from QPR and that immediately makes you wonder about Fods.

A reliable presence when number 1, even when used fleetingly this year he didn’t put a foot wrong and remained professional despite obvious frustration at being on the bench.

With Allan McGregor number 1 and Andy Firth only just arriving, though, you get the feeling an exit from the goalkeeping ranks needs to be made if Dieng does come in.

Logic would suggest it’s Foderingham who will get his chance to play more elsewhere next year.