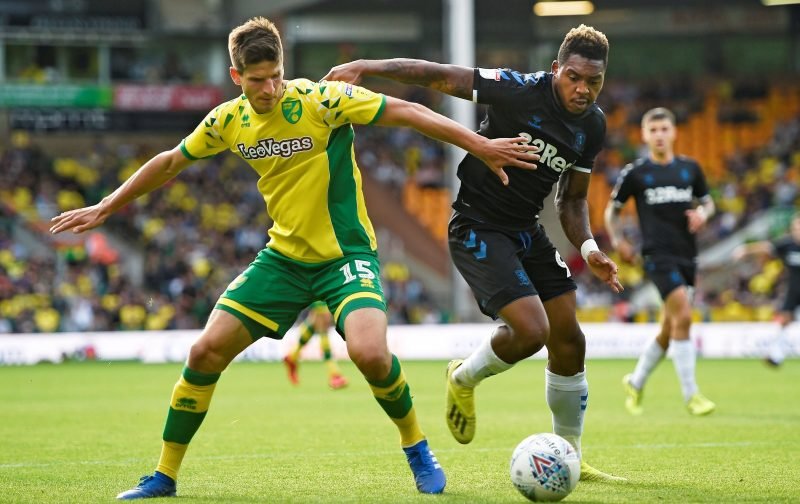 A couple of James Tavernier goals proved enough to see off Aberdeen for another game at the weekend as we just about kept the title race alive.

Of course, it is hugely unlikely that Celtic are going to throw it away now but at least we’re keeping some form of pressure up heading into the final month of the campaign.

That could come in handy next season, then, whilst one transfer report would also come in use for sure.

According to the Sun on Sunday yesterday, Timm Klose is being linked with a move north of the border and that would be a fantastic signing.

Klose has just won promotion to the Premier League and is a towering presence at the back for Norwich City.

If we lose someone like Joe Worrall we’ll need to add at the back and Klose would arguably be an upgrade.

He can read the game well, is strong in the tackle and can play from the back, everything you want from a class player at this level.