Top trolling from Tavernier in response to injury claims 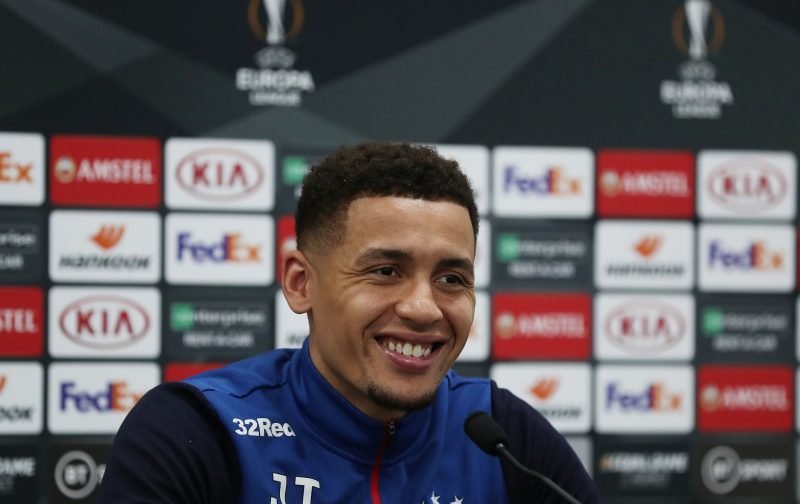 Rangers captain James Tavernier has responded to reports that he was an injury doubt for the Europa League game in Belgium.

On his social media accounts, the skipper took the light-hearted approach with the help of some choice emojis to re-inforce the lack of substance to the claims.

Rangers social media staff also released a clip of the team’s training preparation earlier today, before the travelling party made the relatively short journey to Antwerp.

Tavernier was in full-focus as his fitness was empahasised with the caption on the clip speaking for itself.

The 29-year old Englishman is set for his 41st appearance of the season tomorrow night.

In what has been a fantastic campaign so far, the captain has registered 17 goals and 15 assists over the course of the 40 games.

There have been some suggestions that his levels have dropped slightly, over the last few weeks, but the return of Europa League action will likely see a rise in motivation and application, not only for Tavernier but for the full Rangers side.

Settling the tie tomorrow seems unlikely but Rangers can certainly believe that they can win the game against Royal Antwerp.

With three clean sheets from the group stage, another one on the road in Belgium will go some way toward Steven Gerrard’s men securing a Last 16 berth.