Rangers manager Steven Gerrard took his first team squad to the De Kuip to face off against former gaffer Dick Advocaat and his new Feyenoord side earlier this evening.

Going into the game in Holland, we knew that victory on the night – allied to a win or a draw for Young Boys against Porto – would see us go through to the Round of 32 and secure our aim from the qualification campaign.

Confidence was high following the home leg victory but we always knew it would be a tough test, and it got a little bit harder just after the half hour mark as the hosts took the lead. Second half we took charge, and an Alfredo Morelos double with goals in the 52nd and 65th minute turned the match on its head, but the hosts quickly levelled to tie the game up again.

Neither side could find the breakthrough but the point was enough to see us go top of the Group G table and we are through to the Round of 32 if we avoid defeat against Young Boys back on Ibrox soil.

A quick mention for Morelos, he becomes the first player to score in four consecutive matches in a major European competition.

Advocaat has certainly worked his magic with the side and I think many will give Allan McGregor or Ryan Kent their Man of the Match given their individual showings on the night.

Your Man Of The Match? 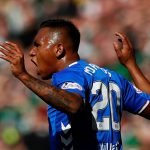 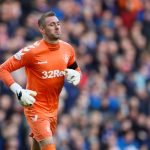 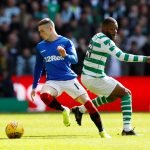