Too early to rage about McGregor deal but, Wilson has been warned 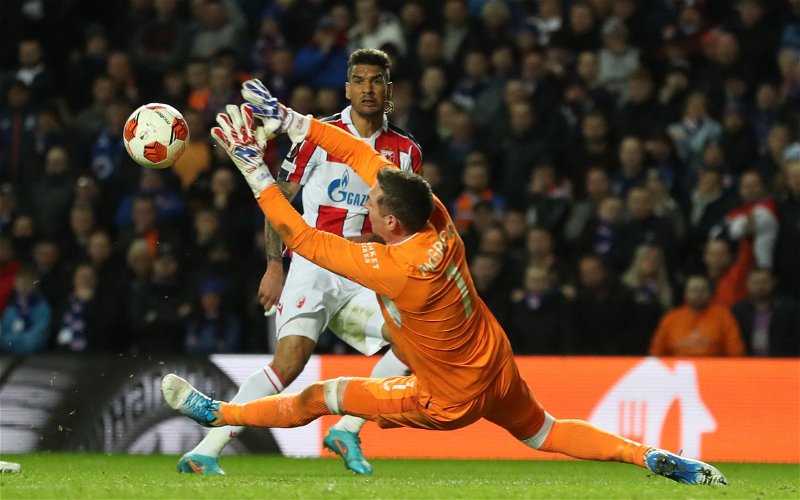 As someone who thought Jon McLaughlin should have been wearing the gloves every week from as early as September, it’s safe to say that the news of Allan McGregor’s contract extension has been met with more than a little trepidation, a feeling shared by the majority of Rangers fans if the club’s twitter announcement is anything to go by.

It’s not that nobody rates McGregor, we all know how good he is – or was – but the warning signs of decline were clearly visible last season, especially in the Scottish Premiership, ironically though, without him I doubt that we would have progressed as far as we did in Europe.

He will still have games where he is outstanding because he won’t become a bad goalkeeper over night, it’s just that he seemed to make more mistakes last season that led to goals than in his previous 400-odd games for the club.

The outcry might be a bit premature though because, if he was given assurances that he was going to remain number one both literally and metaphorically, I don’t think it would have taken as long for a deal to be finalised, likewise, I don’t think McLaughlin would have signed his own extension for the next two seasons if he was going to have to contend with playing second fiddle again, even if he did get the nod for cup games.

I understand why McGregor has been offered a new deal, his experience is invaluable in the dressing room and – on his day – he is still a top keeper, I’m just not sure how many days he has left in him.