Tavernier described as a ‘liability’ over recent performance 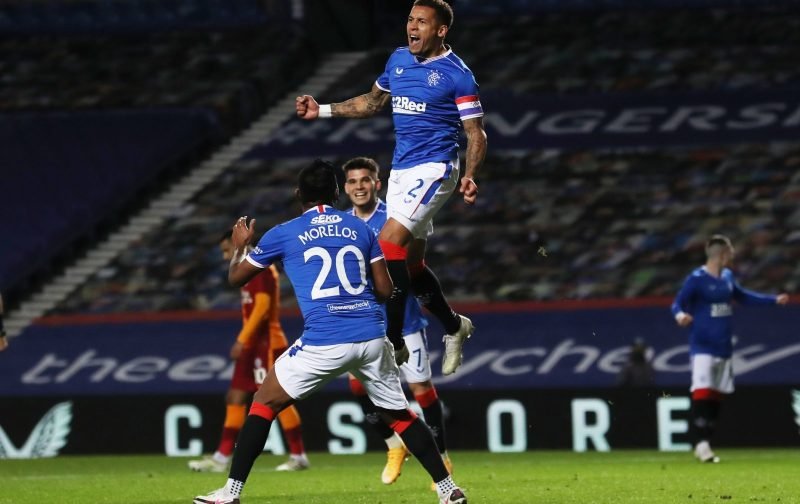 In a surprising report, FootballFanCast have reported that ‘Rangers captain James Tavernier let Gerrard down massively against Aberdeen.’

Their feature on the rampaging full-back even went as far as describing him as a ‘liability.’

Despite missing a penalty in the game, Tavernier’s only miss from the spot this season in 10 attempts, the skipper did not hide and was particularly instrumental in Rangers opener when he beat his man to pick out Ryan Kent, who asissted Alfredo Morelos’ opener.

Tav possibly wasn’t at his best on Sunday but that says a lot about his standards and how high he has set the bar.

Let’s not forget that he is the joint top goalscorer in the SPFL Premiership with 11 goals, as well as eight assists.

Across all competitions this season, the 29 year old has recorded 17 goals and 14 assists. A fantastic return!

The FootballFancast report carries stats from SofaScore and ‘graded the 29-year-old with a miserable 6.4 rating, the worst out of any Rangers player on the pitch as he lost possession 28 times, won just six duels from his 19 attempts overall, was dribbled past once and missed a penalty as well to sum up his frustrations.’

It continued ‘It’s not very often we get the chance to point out the faults of the club captain but nobody can be exempt from criticism, with Glasgow Live giving him a 6/10 and claiming he ‘missed a penalty and wasn’t at his best for Kennedy’s goal.’

All of this will be scoffed at by the Rangers camp who are right behind the captain in leading the chase for the title, mindful that Tavernier’s individual exploits have been a key factor in the form which sees Rangers 21 points clear in the Premiership table.