Surprise move ahead for Arfield as Turkish clubs enquire? 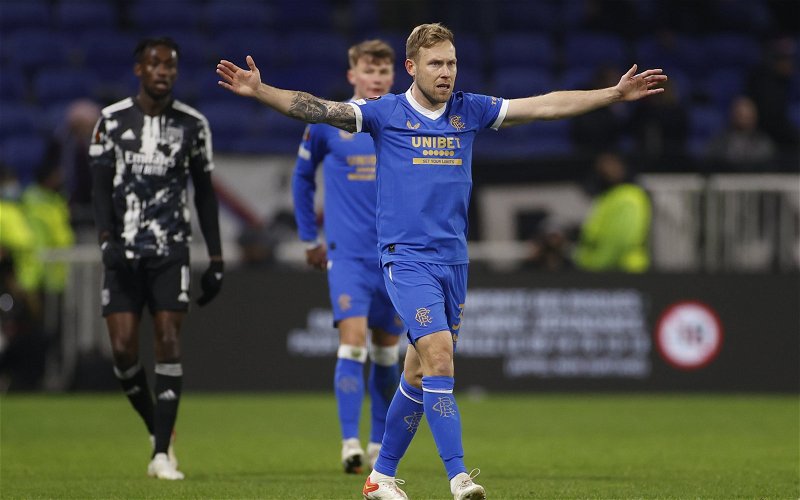 Scott Arfield is said to be the subject of interest from Turkish clubs Hatayspor and Alanyaspor, with his Ibrox contract set to expire in May as things stand.

A report has emerged in the press from Turkey earlier today, stating that the Canadian international is a wanted man in the Super Lig.

The piece from Fanatik included:

In his current situation, Scott Arfield is free to negotiate with other clubs for his future but given how prominent he has been in the team since the arrival of Giovanni van Bronckhorst, there remains the possibility that he will be offered fresh terms for a one-year extension. He will continue as an important part of the squad between now and the rest of the season so that scenario cannot be ruled out.

He is also known as a popular man in the dressing room with his lively personality and top worth ethic.

Where else for Arfield? If he does depart Ibrox at the end of this term, he won’t be short of offers, for sure. Other Scottish clubs would be queuing up to entice him and there are likely to be further offers from abroad for any potential next chapter in his career.

Arfield will know that the likes of Steven Davis and Allan McGregor have had successive extensions beyond their mid-30s so age isnt the issue. His box-to-box style and third man runs are a big part of his game but his legs won’t last forever meaning his role will change, eventually.

It will come down to what the player wants to do, as Rangers would be happy for him to remain part of the squad but in order for regular game time or a multi-year deal, that will most likely need to happen elsewhere.