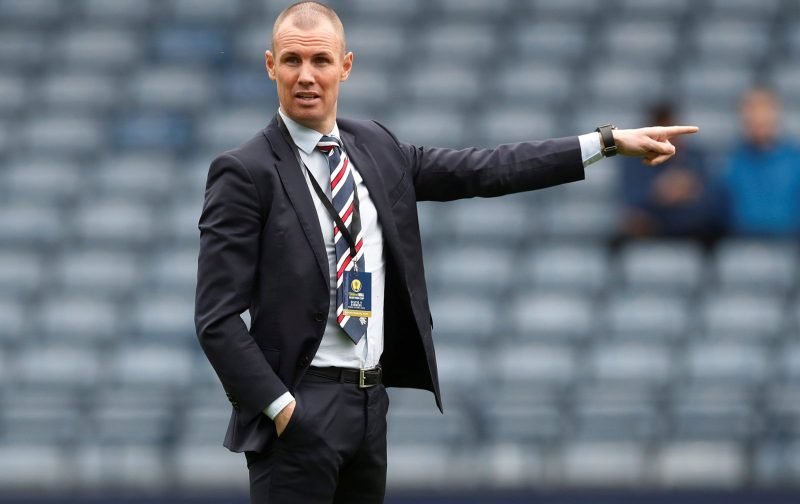 Kenny Miller has questioned the timing of the reports linking former team-mate, Alfredo Morelos, with a move away from Ibrox with the Scottish Premiership season just a few days aways from kicking off.

Speaking on BBC Sportsound and reported by the BBC Sport website, Miller hopes that if the Colombian international has kicked his last ball for the Rangers that they have a replacement already lined up.

So what has Miller said?

When asked to comment on the speculation surrounding a possible transfer to Ligue 1 side Lille, he said:

“It would be a real strange time to lose Alfredo.

“You would have four days then to replace him. Who would lead that line on Saturday away at Aberdeen? It is always going to be a tough fixture, but without your main number nine it would be even tougher.

“I would imagine that there must be a replacement ready to come in and lead that line on Saturday or I would definitely hope so.

“Dykes had a fantastic season at Livingston. His goal record is not quite matching up as yet with Alfredo’s, but he would maybe be a good second option.”

So is Miller correct?

In terms of the timing, absolutely, Jermain Defoe presently isn’t fit which would leave Steven Gerrard with no available strikers should the Ibrox side decide to cash in on their prized asset.

Morelos’s departure – when it eventual happens – will have been a long time coming and with Ross Wilson an experienced recruitment specialist, he should have a long list of potential targets should any club meet their asking price for the Colombian – Lyndon Dykes may be on that list but certainly not as the man trusted to improve the starting XI.

Steven Gerrard was already looking for additional numbers in attack so if Morelos was to leave, Gers fans could expect to see as many as three new attacking faces arrive, all of which would be expected to replace El Bufalo’s hugely significant contribution over the last few seasons and fire the Light Blues to their first Scottish Premiership trophy since 2011 – welcome to Rangers, where success is expected and second place is failure.