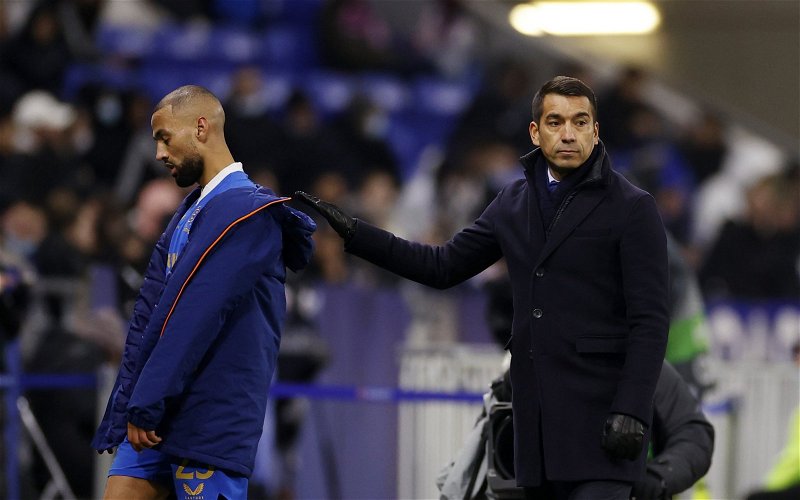 It was confirmed on Thursday that for the second half of the Premiership season, clubs will be permitted to make five substitutions instead of the standard three.

Some were quick to comment that this change will mostly benefit the big clubs, Rangers and Celtic, rather than the rest because of their bigger and stronger squads. It could be contended that the likes of Rangers would only be making more changes during a game once the result is assured so what impact is it likely to have?

As reported by Sky Sports (above):

“Clubs voted to reverse the decision due to the hectic fixture schedule and concerns about Covid and isolation measures.”

“It will also allow clubs to name a bench of up to nine players.”

The most obvious consequence is that more players will be involved on a matchday, giving Giovanni van Bronckhorst more choice as well as being able to allow youngsters to get experience around the first team.

In the case of injuries, there will be more protection available too.

Overall, it increases the options for the manager and if chasing a game, it provides a chance for more players to make an impact but the argument of a significant advantage doesn’t really add up as the same core of players will be used for most minutes in the majority of games.

Across the board, all teams will be able to make more tactical changes if required, which will be welcomed.

As for sporting integrity, that appears to only be of selective importance, once again.