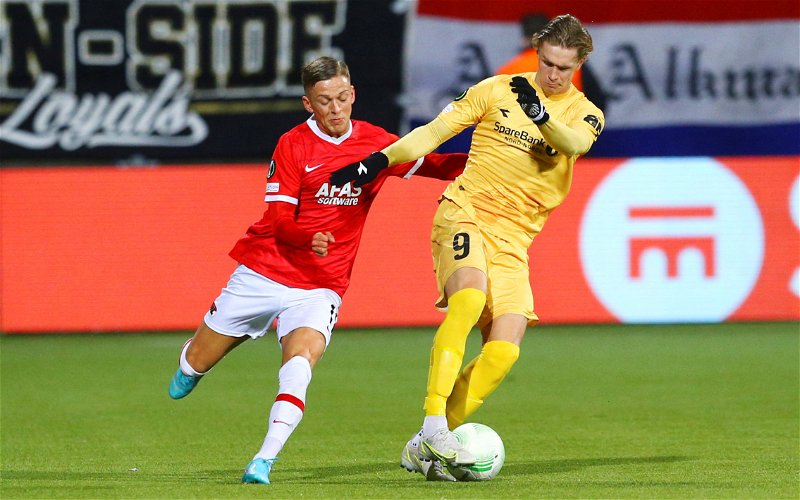 If a club is to have a successful player trading model then there are certain boxes that need to be ticked, paying over the odds or signing players with no resale value have to be avoided for the majority of acquisitions.

Rangers fans seem to be growingly frustrated with the apparent lack of activity on the transfer front so far this window, there’s been a few stories but nothing really concrete enough to get excited about, on most occasions one of the fan media outlets have rubbished any claims that may have been made by the mainstream journalists.

In terms of needs though, we all know that a striker and a right winger are the two main positions that need to be filled if there aren’t any departures and few players tick more boxes than Erik Botheim and his former Bodo/Glimt team-mate Ola Solbakken.

A tentative link to Botheim has been rubbished already, however, with Solbakken eligible to discuss a pre-contract agreement from July and available on an immediate cut-price deal, someone with eight goals and five assists in 19 games should be pretty close to the top of our most wanted list.

At 23-years old and a Norwegian international, he is at the perfect stage of his career to come to Rangers. Ready to make an impact straight away but also with plenty of room still to improve, being a right-winger who favours his left foot also suits our style of play and gives James Tavernier plenty of space on the outside to overlap.

If Rangers are considering an offer they will need to move quickly though with Roma said to have potentially agreed an early deal already having been impressed with the 6ft 1inch tall winger in their two Europa Conference League games.

Good, young players – in our budget – don’t come around too often, unfortunately, this is why it makes it so hard to sign them.