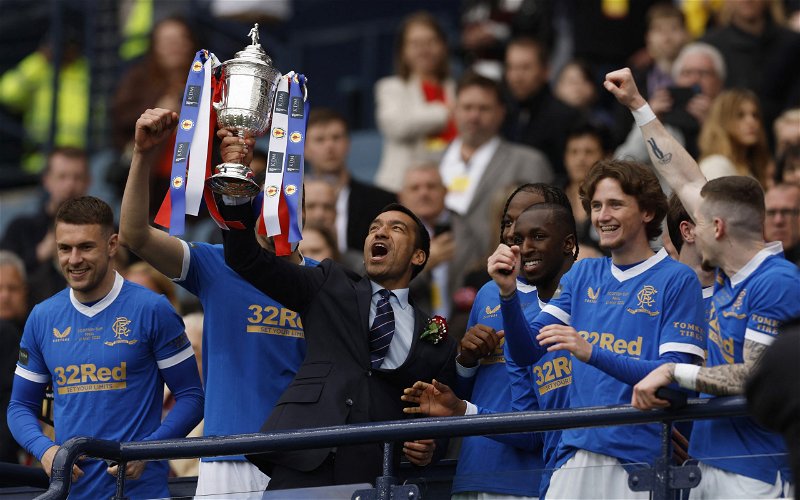 The weeks have now turned into days. The ‘close season’ period is almost gone with pre-season set to take over as of Monday when most of the Rangers squad will return to the training centre at Auchenhowie.

As is the norm, in-house fitness tests and conditioning assessments will take place away from the cameras with the first glimpses of freshly tanned and honed players going through their paces in the brand new training kit likely to emerge a day or two later. After a few weeks of a vacuum only filled with claims and speculation, this will be the actual content, albeit limited, to fill a gap as the wheels start to turn ahead of any action on the pitch. Rangers TV will certainly get due prominence over the next few weeks.

Will any new arrivals check in to Ibrox over the coming days to join Giovanni van Bronckhorst’s squad? We hope so, but it is not a must-have, right now. The most important thing is that the correct signings are made, in relative time, so that they can gel with their new surroundings and team framework prior to those pivotal Champions League qualifiers in early August.

For perspective, there is still more than a week remaining of June.

At the time of writing, transfer speculation is increasing with the likes of Erik Botheim, Antonio Colak and Ivan Lepinjica all linked over the last couple of days. They won’t all arrive, but at least a couple of new players is essential and should be expected. Rangers will look to utilise the Bosman market once again whilst soundings from the club have intimated that a budget is in place for the manager. This is where the ‘quality’ addition has to come into play.

Replacing a couple of players heading for the exit, like for like won’t do. The team can’t afford to stand still but this won’t be lost on GvB and his coaches. Significant money has to be spent if the ambitions of Champions League qualification and regaining the Scottish title are to be achieved.

Realistically, no one expects a net spend of 15-20 million. Beyond a couple of deals, any further moves are likely to comes from sales of existing first team regulars, dependent on fees in a slow moving mid-level market.

Most of Steven Gerrard’s team still remains, they can’t go on forever and freshness is required, but the nucleus of the team is still more than capable with that much desired commodity of quality already in place. Avoiding key injuries, successful player trading and smart coaching is the route to staying on course. The way ahead is a balancing act that requires a helping hand or two, to come on board.