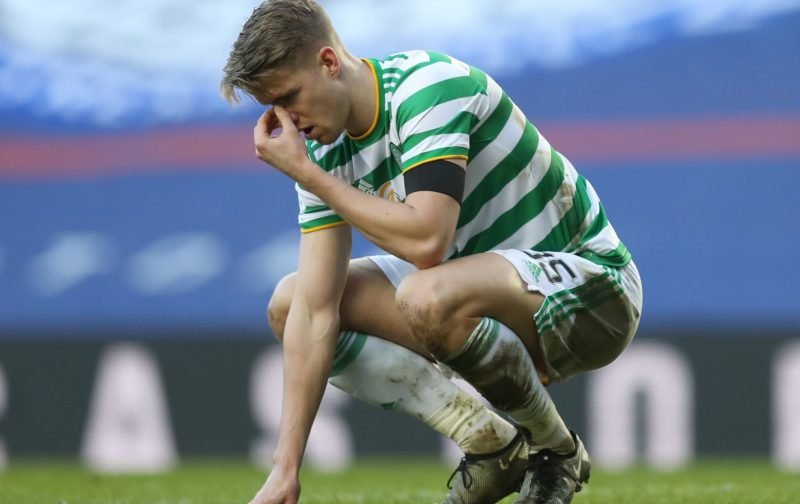 What was that all about?

The Norwegian defender was clearly in pain following the collision with Alfredo Morelos.

Clutching his shoulder, the physios raced on to the Ibrox pitch to support him.

He appeared to have his shoulder popped back into place – what happened next was incredible.

Is it too late for Oscar nominations? Surely Ajer limping off holding his shoulder in agony, then running back on like nothing had happened is worthy of one 😂

Ajer’s the first player I’ve seen limping with a shoulder injury. Says it all.

Ajer having a sore shoulder..and limping off is top shithousery 🤷‍♂️😆😂 #Rangers

Kris Ajer claimed a shoulder injury and limped off. Limped 👀

Immediately stoated back on with no complaints gave the ball away. Grabbed his shoulder and started limping again 🤣🤣🤣

Ajer is held up as some kind of defensive colossus which couldn’t be further from the truth.

Again, when it mattered he was nowhere to be seen as Rangers cut right through the Celtic defence twice in the first half to put the game to bed.

Hopes of a £15-20 million return on Ajer are sheer fantasy.

At least he gave us all a laugh yesterday, hopefully his leg is okay after all that limping!