Dortmund, Barcelona and Sheriff among potential opponents for Rangers in Europa League Last 32 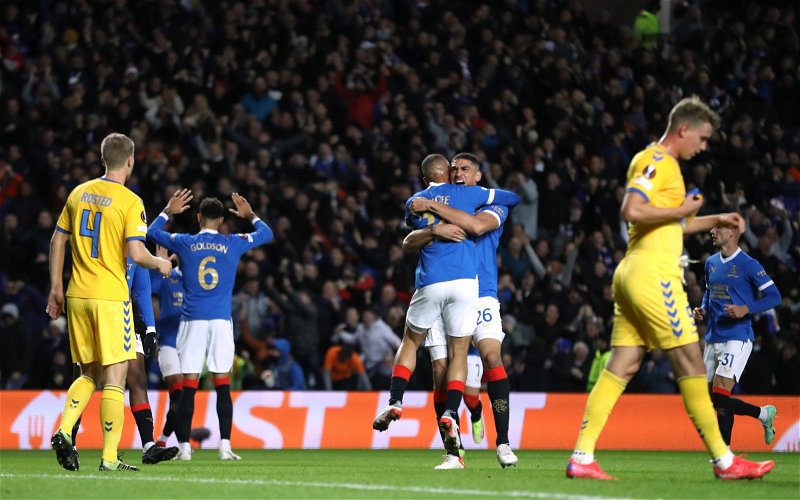 First of all, Rangers have a job to do this evening at Ibrox but a win by two clear goals will almost certainly put the Scottish champions into the hat for the Europa League Last 32 draw.

The spanner in the works would be six points from the last two games for Brondby and whilst that is a possibility, it appears unlikely.

If the Gers take care of business as intended, there are some European heavyweights lurking in the newly formed play-off round (last 32) where the Champions League third placed sides drop down to, whilst Europa League group winners are already assured of a passage to the Last 16, such as Lyon.

How about Erling Haaland at Ibrox? His Borussia Dortmund team will be playing Europa League football in the new year, making that a distinct possibility.

Other sides in a similar position with a third place berth confirmed already are Sheriff Tiraspol and Zenit St Petersburg, with the latter of curse being Rangers foes from the 2008 UEFA Cup Final.

A look at the current standings and remaining fixtures in Europe’s premier tournament also brings the strong chance of Barcelona not qualifying out of their group – given the current predicament of the Catalan club, they are not exactly imposing as much as they still posess significant talent.

Old teammates Van Bronckhorst and Xavi to go head to head? That’s an exciting prospect, but first Barca need to travel to Bavaria to face the Bayern juggernaut to pick up at least a point with Benfica expected to win at home to Dynamo Kiev to seal second place in Group E.

Or how about a trip to the relative unknown to the breakaway republic of Transnistria to face Moldovan league champions Sheriff Tiraspol? The who and what of that part of the world is a fascinating story of conflict, monopoly and intrigue, whilst perennial winners Sheriff (named after the company which effectively owns and operates the Transnistria entity) would bring a winnable tie on the pitch, if lacking in glamour.

In order to achieve such a fixture, Gio van Bronckhorst will first of all need to lead his team to victory tonight and by two clear goals, to be assured of the upper hand on Sparta.

It’s time to get to work to secure that coveted Europa League knock-out spot. 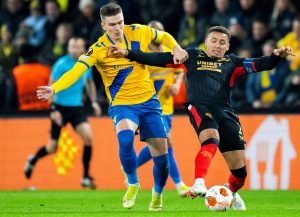