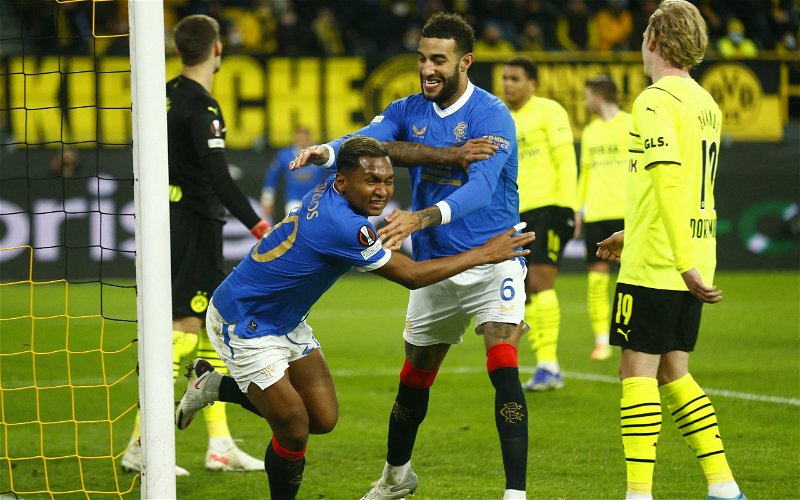 Sevilla has prepared a bid to take Alfredo Morelos from Rangers to Andalusia, according to a report from Spain.

The word is that the club from the Ramon-Sanchex Pizjuan Stadium have made a bid worth €8 million for the Colombian international.

At first glance, it is an uninspiring amount to accept in return for losing the hitman but Morelos’ dwindling contract situation at Ibrox could force the hand of the club, to an extent.

Now into his last 12 months, Rangers should have an indication by now on the thinking of the player in terms of his short-term future and the likelihood of securing a contract extension.

If that isn’t a realistic option as things stand, the hard work for Ross Wilson, Rangers sporting director is to maximise the sale given that the clock is ticking.

Morelos has achieved significant milestones during his time in Glasgow including his strike rate, all round game and that valued international recognition, despite not exactly establishing himself with Colombia up to now.

Most importantly in terms of suitors from around Europe will have been the prominence and profile of El Bufalo in the Europa League. As Rangers greatest ever Euro goalscorer, that is when others sit up and take notice.

The update, as above, provided by Gonzalo Tortosa of El Chiringuito is clear about Sevilla’s interest and it would be a move with obvious appeal to the 26-year old, who marked his five-year anniversary at Ibrox as well as his birthday this week.