Scott Wright shines at Ibrox and is loving his “christmas miracle” 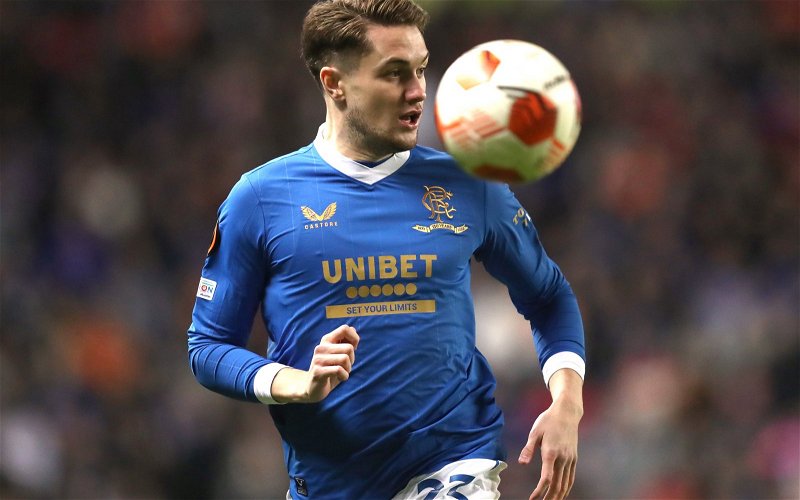 Scott Wright scoring with a header from a corner wouldn’t have been the most predictable goal for Rangers today but that was the source of the opener against St Mirren for the champions.

Soon after, Alfredo Morelos made it 2-0 and from there the game was over as a contest, but one of most positive aspects of the day for Gio van Bronckhorst was the performance of Wright, who was asked to hug he touchline for most of the match.

In an intriguing but ultimately successful tactical tweak, James Tavernier occupied an ‘inside forward’ position when attacking, underlapping the wide-man Scott Wright which gave the Paisley side something else to think about. It meant that the Aberdonian was mostly isolated against his marker with space to exploit, which he utilised to his advantage. Aside from first goal, the Scotland U21 international  was a constant threat and generally put in the type of display that his manager would have wanted.

Post-match, Wright was in a festive and jovial mood when reflecting back on his performance and that goal, telling Rangers TV:

“A back post header, it was a Christmas miracle!”

“It was a good ball in and it came to me at the back post. I was just trying to react and thankfully it went in – and Buff didn’t claim it.”

“The win was the most important thing. The aim was to pick up the three points and keep a clean sheet, and we managed to do that. It’s good to get a win before the break.”

“We saw the benefits of the full week of training. You could see we were trying to take up different positions and we set up a bit differently.”

“I thought it was effective for us. We got the players we wanted on the ball in an attempt to beat the low block.”

Impact
In the last game before the Winter break, this display from Wright was a major sense of encouragement and confidence for GvB and the Rangers supporters. Players like him are not quite first choice starters but it is vital that they can be trusted to come in and perform, as required. Today against St Mirren, the 24-year evidenced this in style.
It’s a squad game with contributions to be made by many different players and today was another one of those moments that make up a season. The only minor disappointing aspect is that Rangers never added to their two goal tally but from a personal perspective, Wright can be very happy with his input, giving his manager plenty to think about as well as successfully executing that tactical tweak, beside the skipper.
Comment on this article
Give us feedback