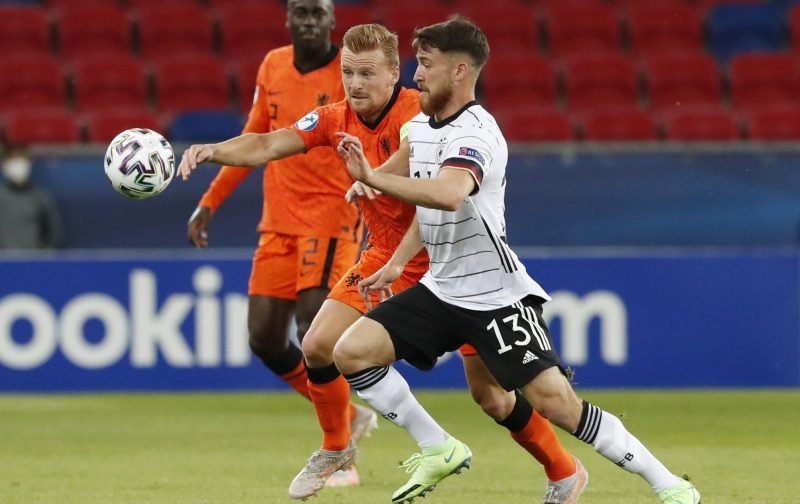 Salih Özcan has been tipped to be a smash hit at Ibrox, if Steven Gerrard can fend off opposition to land the highly-rated Cologne midfielder at Ibrox.

VitalRangers understands from a Bundesliga insider who has watched the player at close quarters that he has other options but has been recommended as a solid acquisition with the ability to make a big impact in Scotland.

On the recent U21 European Championship winner with Germany, our source informed VR:

“Salih Özcan is a box-to-box midfielder who can play the 6 and the 8.”

“He is not particularly quick but is strong and solid. He is not afraid to get physical, in fact he likes this aspect of the game so he would be a good fit for the British game.”

“After a great spell at Holstein Kiel in 19/20, he was in and out of the Cologne team this season as they narrowly avoided relegation in the Bundesliga playoffs (against Kiel).”

“At this stage he needs regular football to push on and not further appearances from the bench.”

Having started the semi-final as well as the decider against Portugal for Germany in the U21 EURO triumph, it is clear that Özcan is talented.

With 100 senior appearances already under his belt, including significant Bundesliga and Europa League experience, the pedigree of the player is clear to see.

This is a bold and exciting chase for Rangers, it is exactly the type of progressive signing with massive future potential – as well as a sell-on fee with the carrot of the English Premier League – that the club should be in the market for.

As well as the obvious benefits of being a Rangers player, this year the added lure of potential Champions League football looms large.

Could he be a replacement for Steven Davis or Glen Kamara further down the line?

Both those players won’t have too long left at Ibrox for different reasons and although Özcan would not be a like for like swap, he has many contrasting qualities.

With his Cologne contract set to expire at the end of this month, expect news soon on the next move for the talented Salih Özcan.