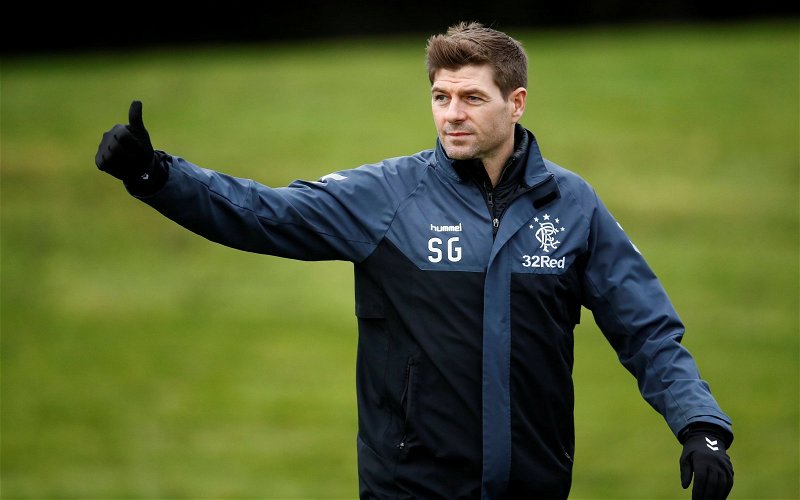 Until Newcastle United appoint a new manager, we will continue to see Steven Gerrard linked with the vacant post.

His tribute to Walter Smith though was another indication of his qualities as a man and how Rangers has got under his skin, despite this, there are still plenty of pundits tipping him for a move to Tyneside with former Magpie, Ryan Taylor, urging Newcastle to make their move, as told to Sky Sports:

“I would love to see someone like Gerrard in charge of Newcastle. It’s so passionate up there and with coming from this city, he’ll know what passion is all about.

“He plays football the right way, he knows who good players are, and I think he’s done an unbelievable job at Rangers.

“If he was linked with the club and the club were interested, then obviously it’s such a huge step for him with what they have planned for the future.”

Gerrard is a class act. The way he conducts himself in front of the cameras on top of his achievements as a player and now manager make him a desirable figure for club owners across the continent, no doubt his name will be on several sporting directors’ lists as a potential option.

What Taylor talks about is why we love him; he understands fans, he appreciates how big a job the Rangers one is and the size of the club, and he treats it with respect. Not once did he take moving into management for granted and that’s why he surrounded himself with elite level coaches, he wasn’t arrogant enough to think that he could do it on his own.

Onlookers, like Taylor, can admire from a distance all they want, he’s going nowhere, he’s ours.