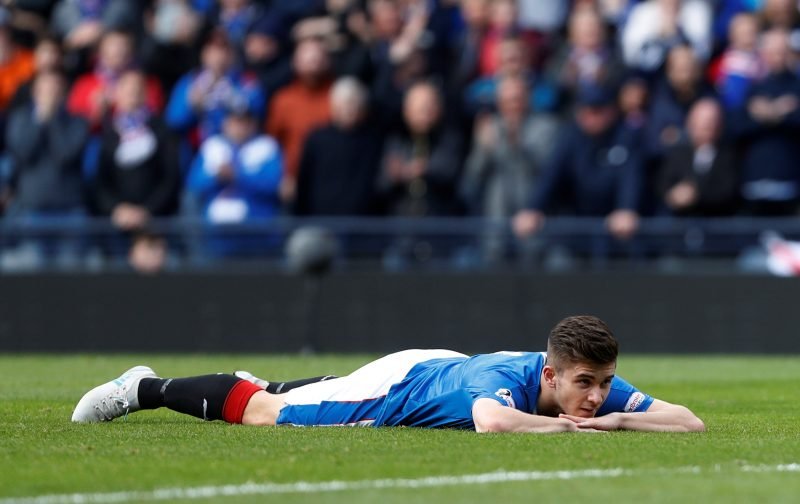 Whilst Josh Windass and James Tavernier speculation might have taken the eyes of most Rangers fans yesterday as the permanent English transfer window slammed shut, the club did do a deal with Swansea City for Welshman Declan John.

???? #RangersFC can today confirm that Declan John has joined @SwansOfficial for an undisclosed fee.https://t.co/ZqBCNDc7BV pic.twitter.com/8Y3K3LPw4z

The 23-year-old arrived at Rangers back in August 2017 on a loan to buy deal from Cardiff City and that became permanent later that season. In his time with us the left-back made 30 starting appearances with a further showing from the substitutes bench and he’s another player who split opinions amongst the fan base.

The full Welsh international moves on now for a similarly undisclosed fee and signs a three-year deal at the Liberty Stadium.

His early performances for us, as he filled in for the injured Lee Wallace, certainly set tongues wagging about his ability and the potential goal threat he carried from the fullback position. For many, he couldn’t keep those early showings going and with the arrival of Borna Barisic he was surplus to requirements despite that early promise.

Barisic and Flanagan…Flanagan Can cover right back to.

No where near good enough mate. Wallace is a better option than John.

All the best Declan hope you have a great career

Shame, good player who definitely had something to offer. Read earlier that personal issues played a factor and a lot closer to home for DJ so he goes with my best wishes.

All the best @declanjohn7 Got the respect of all the Rangers support. Have your all.

Surprised it wasn’t a loan, still a young player

Despite those who felt he’d stalled with us, the vast majority where more than happy to wish the youngster all the best for the future as his commitment couldn’t really be in doubt. The question is, was he a better option down the line than Wallace or does Steven Gerrard simply have his eye on somebody else for January?