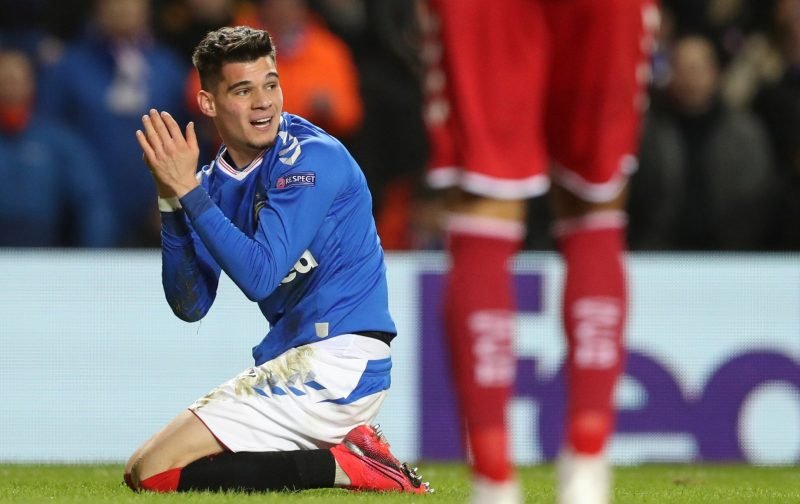 Rangers on-loan star, Ianis Hagi, continues to be linked with a move to Italy according to a report by Corriere dello Sport, via The Daily Record, with Lazio named as the interested party.

The Ibrox side has an exclusive option to buy the Romanian international and given how much he has impressed since signing on loan from Genk it would be a surprise if they didn’t take this up considering it is rumoured to be just £4million, the fact that his agent has expressed his client’s desire to stay in Glasgow would also suggest that the story is just speculation.

Hagi’s international pedigree and obvious potential almost guarantees that Rangers will be able to at least make their money back on him should the transfer not work out, however, his performances in the Europa League and creativity could see him become a key performer if he is used in his best position – centrally behind the striker.

Corriere dello Sport is responsible for the original story and it claims that Steven Gerrard has already made up his mind on Hagi and doesn’t want him as part of his squad going forward next season, a big jump considering the Rangers gaffer has praised the 21-year-old’s contribution and ability to provide the spark that had been missing in the early part of 2020.

Hagi could be the player that the forward line is built around next season, his displays against Braga in the Europa League demonstrate exactly what he is capable of producing.

There had also been flashes of Rangers returning to form when Gerrard played him in a pivotal role in the middle of the Gers attack prior to the season coming to a premature halt.

His loan contract may end on the 30th of June but Gerrard and the Rangers hierarchy will know that they hold all the cards, regardless of Lazio’s interest.