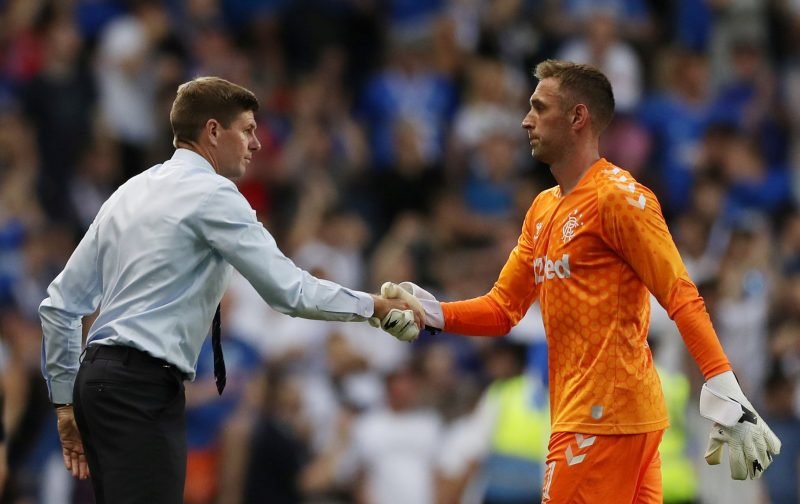 A report in Football Insider has claimed that Rangers have held preliminary talks with St Mirren’s Vaclav  Hladky over a summer switch to Ibrox as the keeper approaches the last few months of his contract.

The Gers had been credited with an interest in the Czech youth international before the winter break but the keeper felt that a move down south would give him a better chance of achieving his ultimate aim of playing in the Premier League, as reported in The Daily Record:

“Rangers are interested in me and some negotiations are under way. But playing in England is the big dream. The biggest dream is to play in the Premier League but that is a big jump.

“I know I will need to make another step first on the way. I’m not crazy enough to think I can go from St Mirren directly to the English top division. Going to the Championship would be ideal for me. That is preferable to staying in Scotland.

“This will be my last season with St Mirren. Negotiations with the club took place over the summer and autumn about a new contract. But we have agreed that my football goals are a little higher than here.”

Football Insider claims that Rangers have yet to be fully convinced by Hladky despite him having a serious claim to being the best keeper in the Scottish Premiership this season.

The Ibrox club has a decision to make this summer with Wes Foderingham expected to move on and Robby McCrorie proving in his short spell at Livingston that he can perform in the top flight, whether or not he has done enough to prove that he is ready to take the ultimate step is one that Steven Gerrard has to make.

With Allan McGregor and Andy Firth signing one-year extensions, Gerrard may look at Hladky as an experienced pair of hands as back-up then as someone who can challenge McCrorie for the number one slot.

The 29-year old is a no risk signing given his availability on a free contract and would be seen as a like for like replacement, if anything he would represent an upgrade on Foderingham which would keep McGregor on his toes for, potentially, the final year of his senior career.