Rangers urged not to make summer move for 29-year-old 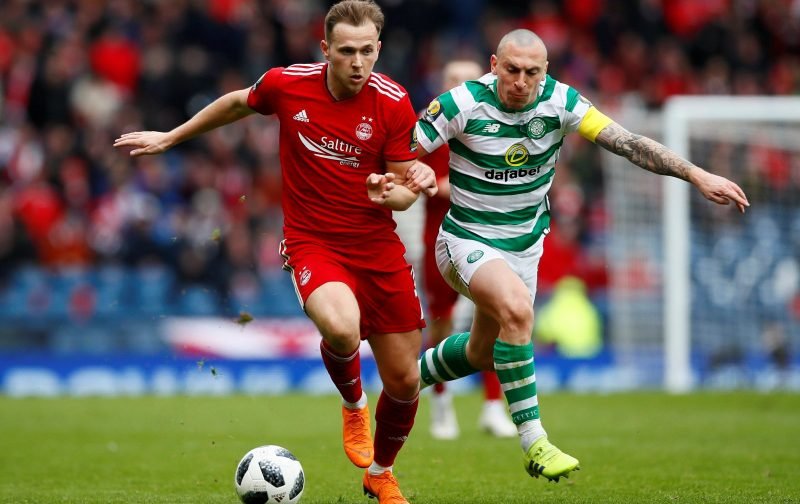 Former Celtic star and current radio pundit Mark Wilson has advised Rangers against signing up Greg Stewart this summer, as reported by The Scottish Sun.

Rangers have been heavily linked with a move for the out-of-contract player, who has been on loan at Kilmarnock and Aberdeen from Birmingham City this season.

He’s shown inconsistent form across the campaign but was a stand-out talent when playing at Rugby Park in the first half of the season.

Wilson though believes he doesn’t have the quality that Steven Gerrard needs to close the gap on Celtic.

As quoted by The Scottish Sun, the former Hoops full-back said:

I’d be concerned with how he’s been when he’s gone to a bigger club.

I know Aberdeen and Kilmarnock are fighting for third place. But Aberdeen are a bigger club. Bigger fan base, probably more expectation.

He failed there I would say. He went back and I don’t think he’s done himself any favours either.

I just don’t think he would fit at Rangers. There’s better out there.

Can he step it up at a massive club? I don’t think he can.

It’s a view that might be shared with a chunk of the Rangers support, although we would certainly be better off putting our faith in Gerrard and Mark Allen rather than Wilson.

They appear to have done their homework on the 29-year-old and if he signs they’ll be confident he can make a big impact in our first-team.

With ten goals and ten assists this season he’s shown he can be an effective creative and attacking talent in the Scottish Premiership and could be the kind of link between midfield and attack we are crying out for.