Gers wing target could be “stardust” on summer signings 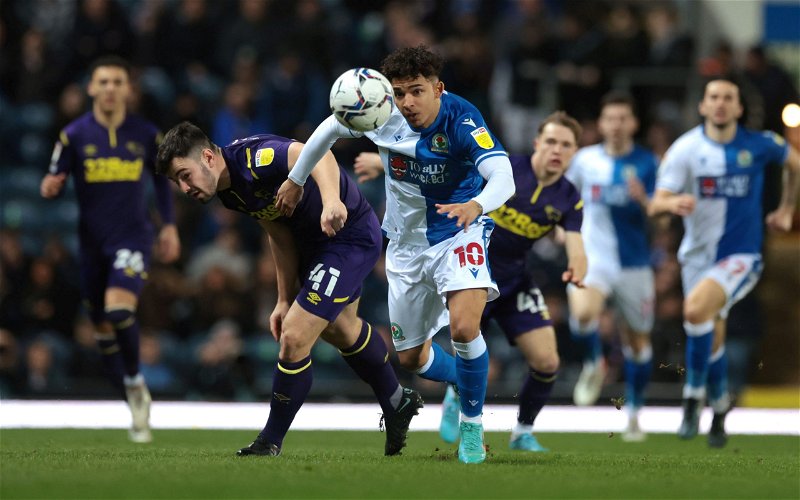 Rangers have been linked with a few forwards already this summer with Tyrhys Dolan of Blackburn Rovers said to be the latest.

A fee of between £2-3million is expected to be enough to land the diminutive winger with the England youth international impressing in his debut season at senior level.

Due to his lack of exposure, not much is known about Dolan in terms of what he would bring to the team so Craig Vickers of The Rangers Review had a look at his performances and has given us the lowdown on what we could expect should we make the move:

“Dolan is impressively quick over the first step, showing great acceleration to grant him the upper hand in different situations on the pitch.

“Then-Blackburn Rovers manager Tony Mowbray underlined the 20-year-old’s energy after he impressed in the opening weeks of last season, saying:

“He’s like a fizzy bottle of pop, he explodes every time he gets on the pitch. He has intensity, he has urgency, he plays on the front foot and he’s positive.”

“Analysis suggests that the 20-year-old is not the calibre of signing who would move the needle ahead of this summer’s Champions League qualifiers. Dolan is a player with many promising attributes, but he is a signing that clubs tend to make when looking to sprinkle stardust on a strong calibre of previous additions.”

Vickers highlights Dolan’s pace when it comes to passing opposition defenders and his similarities with Ryan Kent when it comes to cutting inside and shooting on his right foot, he also seems to prefer playing narrower which would appear to suit our old management team rather than the current one that loves it’s wide men to hug the touchline.

The analyst also picks out that Dolan isn’t great in 1v1 situations despite his blistering pace, a quality that both Scott Wright and Fashion Sakala at least have, they cause opposition defenders plenty of problems and it wouldn’t be a surprise to see them start more often this season.

Seeing as we’ve not yet signed anybody, we don’t really know what our plans are yet or why certain players may be targeted, the Blackburn winger looks like a good winger to develop but, as Vickers said, we need a “superstar” not a project.