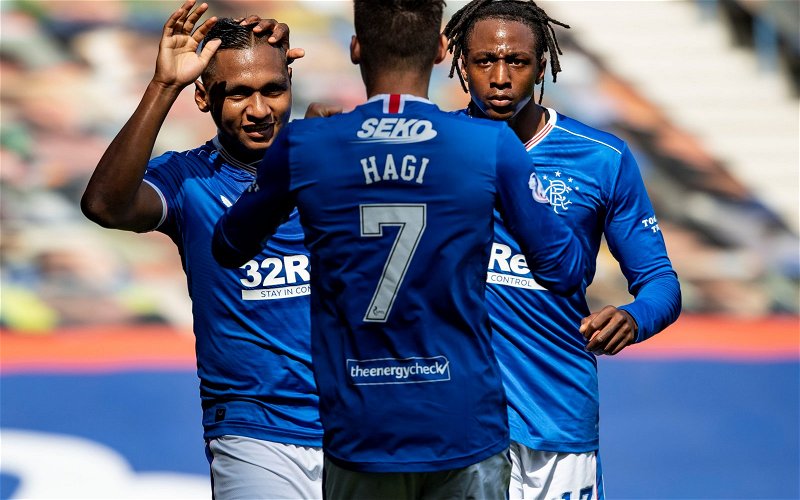 Rangers business model moving forwards dictates that key players will be sold so that the directors who have long been putting their hands into their pockets to support the club no longer have to and we become self sufficient.

As a fan, you never want to see your best players leave but sometimes it is inevitable, the key is making the biggest profit possible on them when they do depart and avoid a situation that those across the city currently face with three of their best players’ contracts nearing an end – costing them millions in the process.

One Gers star attracting attention has been Ianis Hagi with his legendary dad confirming that both Sevilla and Lazio are keeping an eye on the talented playmaker who, at 22-years old, is coming to the end of a successful first full season as a Rangers player, however, Kevin Phillips, speaking to Football Insider, reckons it could also be his last should a bid be received:

“As much as he’s probably enjoyed his time at Rangers, if a European club comes knocking it’s always tough to ignore that.

“It’s a big decision for Stevie [Gerrard] and the player come the end of the season.

“It wouldn’t surprise me if he was to move to one of those European clubs.”

Figures of around £12-15million have been mentioned for Hagi and, although we haven’t seen the best of him, it would be hard to turn down such a big profit on a player who only cost £3m just 12 months ago.

The recent Old Firm was a great example of what he is capable of, yes, the game was won but his perfectly weighted first time pass to Jermain Defoe put the veteran striker 1 v 1 with Stephen Welsh, and there was always only going to be one winner.

Let’s be honest, if we had a choice of who to sell between Hagi, Ryan Kent or Alfredo Morelos out of our forwards, I’d suspect it would be a pretty one sided poll in favour of the Romanian international but this is no slight on his ability, purely the esteem in which the others are regarded, and a sign of things to come.