“Has to go” – Gers “baller” urged to leave Ibrox 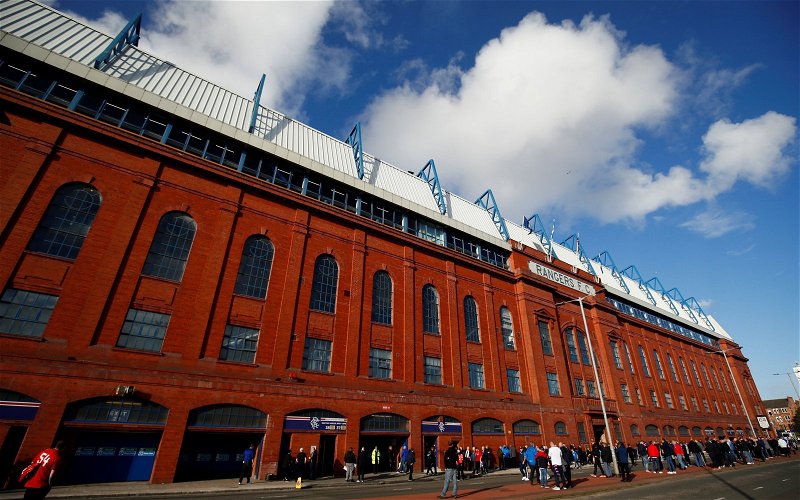 There are few Rangers academy players who could have done much more than Stephen Kelly when it comes to trying to force your way into the Rangers first-team, unfortunately for him, our midfield is, arguably, the strongest area of our squad.

Successful loan spells as a teenager followed by an impressive pre-season – hailed as a “baller” by James Tavernier – which made it look like he had a genuine chance to feature under Steven Gerrard, however, for whatever reason, he only saw a few minutes of competitive action.

With just a year left on his current contract, it looks increasingly unlikely that he will be offered a new deal and the club will probably look to make whatever money they can after he did well at Salford City, speaking to Footballer Insider, former Gers right-back, Alan Hutton, reckons Kelly has to head out for the good of his long-term career:

“He has to go and play football.

“He’s at a crossroads right now in his Rangers career because he did burst onto the scene. He did do well when he was given the opportunity to play first-team football.

“But he’s quite low down in the pecking order. That’s not to say he can’t get to the top – but he has to be playing games.

“He’s at an age now, the contract is running down – he has to go and show the manager that you’re capable of playing games.

“It’s a big moment for him this summer, and I do believe that he will go out on loan.

“It’s just about picking the right team to fit his ability.”

I agree with Hutton in that he has to leave Rangers to play regularly, however, I don’t think he will achieve anything from going out on loan again, he’s shown what he is capable of.

What I do think he would benefit from is a move abroad. Kelly is technically sound and a good passer of the ball and plays in a way that would suit a less physical style of football, it’s not that he can’t handle himself, I just think it would suit his game more.

When players like Tavernier and Steven Davis back you to have a good career and Gary McAllister is a fan, then you must be doing something right, and Kelly has to remember that, just because he hasn’t nailed down a starting place in the Rangers XI, it doesn’t mean that he couldn’t follow in the footsteps of someone like John Fleck and work his way back to the top of the game.