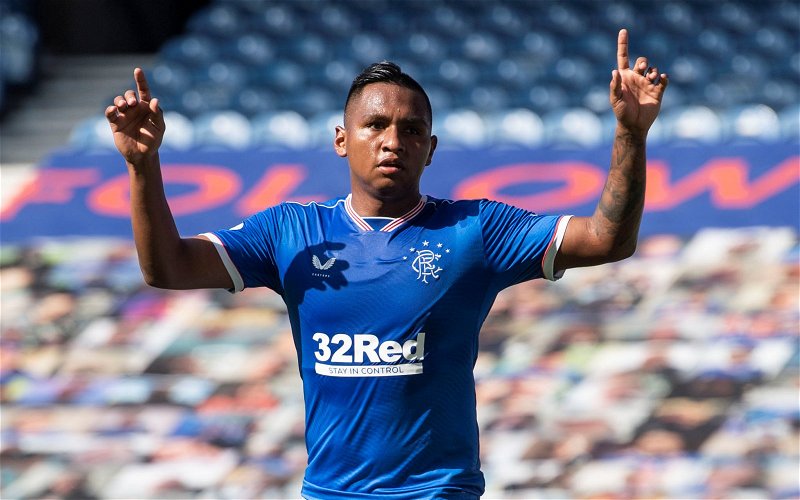 Rangers will no doubt be looking for potential options to supplement their forward line next season, especially if both Alfredo Morelos and Jermain Defoe leave, and one former target could be the ideal man to fill the shoes left behind by El Bufalo.

Josh Maja is currently breaking records on loan at Fulham and although they have an option to buy clause for £9million, their precarious position in the Premier League means that they are more likely to be cutting costs rather than spending money if they go down.

This would open the door for Rangers to return for a player they were heavily linked with last summer when it looked certain that Morelos would be heading to Lille, £9m may seem like a lot of money but if you are to compete in the Champions League, you need players that are capable of playing at that level and Maja has shown that in his time in Ligue 1 with Bordeaux and in the Premier League.

He has two years left to run on his contract in France and it is obvious that they are looking to offload him from their wage bill given the deal that has already been agreed with Fulham, if the London-based club go down though, the striker will quickly find himself in footballing limbo – we are no strangers to a loan-to-buy deal ourselves and it is something that should be considered in this instance.

Ross Wilson will have a list of names prepared for the day that Morelos decides to leave or if we receive an offer that is too good to turn down – every man has their price and all that – however, it may be that he can keep the cheque book locked away for now, if reports surrounding the Colombian international’s desire to stay at Rangers and extend his own contract are to be believed.

As always, it’s all ifs buts and maybes, but what transfer window isn’t?!