Rangers have been pretty coy about potential transfer targets throughout the summer, however, Steven Gerrard and now Ross Wilson have both confirmed what will be music to Gers fans ears – their transfer business is not yet done.

In an interview with Rangers TV, reported by The Daily Record, Wilson reveals that there is still work to be done and that he expects new arrivals before the transfer window shuts but that there will be no panic signing and only players that will ultimately improve the squad will be brought in:

“We went in with a clear plan and that’s not finished yet.

“Steven went on the record to confirm we are still in the market and are still looking to enhance the squad.

Each of the summer signings have made a positive impression so far, whether through their immediate impact like Jon McLaughlin or Kemar Roofe but there are others that have improved the squad. 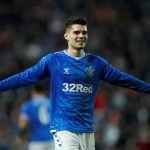 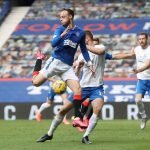 When Rangers suffered four injuries on Saturday against Dundee United they were able to call on four international players to replace them, a sign that the squad depth is starting to get to the stage where there are no real weaknesses.

Daniel Johnson is the name being spoken of most loudly in the press but the Preston midfielder’s move isn’t as close as first reported, however, with Wilson and Gerrard “not finished yet”, he could well be the next to sign on the dotted line.