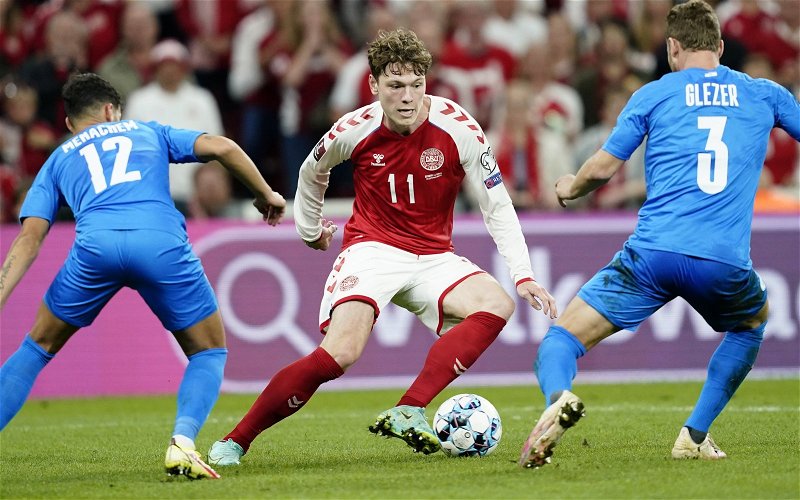 Just as it looked as though Rangers fans had consigned Andreas Skov Olsen to the lengthy list of those that got away, a report in Italy has suggested that we might not be out of the race after all.

If your Italian isn’t that great, a good source for all things Serie A is Get Italian Football News on Twitter with over 50,000 followers, and they have claimed, via Corriere dello Sport, that we have joined Brugge in making an approach for the Denmark international:

“Rangers have made an approach for Bologna’s Andreas Skov Olsen and so have Belgian club Club Brugge.

“Corriere dello Sport claim that both Rangers and Club Brugge have now come forward with their approaches for Skov Olsen, who had joined Bologna for a fee of €6 million in 2019.

“The player can leave the Rossoblu this month  but it will only happen if the club manage to replace him this month itself. Bologna want an even younger player in Aberdeen’s Calvin Ramsay to replace Skov Olsen.”

As always, there has been nothing come out of Ibrox as to whether or not we are interested in Olsen but, as Vital Rangers has already covered, the fee being talked about – around £5m – is good value for money for a player with his experience, quality and potential to make more money further down the line.

It could be a saga that goes down to the final hours of the window, if anything, it at least gives us something to get excited about – after all, you can’t beat a good old fashioned transfer battle.