Rangers title hero is a free agent, will he sign for any of these clubs? 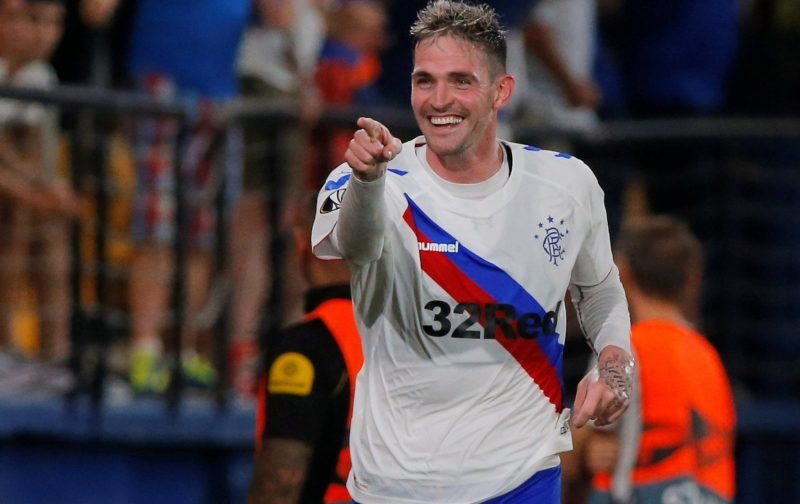 Kyle Lafferty, three times title winner with Rangers, is a free agent after his contract with Serie B side Reggina was terminated by mutual consent.

The news broke yesterday, as reported by BBC Sport, meaning Lafferty is heading back to the UK and in search of a new club.

Lafferty, 33, made 11 appearances with one goal for the club from Calabria.

After his release from Sunderland, he made to move to Italy in what was his second spell there following a previous stint with Palermo.

The players family is known to be based in Scotland and that is the likely destination for the player, but with Kyle Lafferty it is wise to expect the unexpected.

Which of these clubs are most likely to sign the Northern Ireland international?

There will be obvious speculation linking Lafferty to one of his former clubs, Hearts. A move to Tynecastle would add firepower to the Jambos bid for promtion back to the Premiership and would likely be attractive to the player.

This is one to watch. Hamilton would be somewhat of a local club to the man whose home is nearby. Accies boss Brian Rice is on record as wanting two new strikers in this transfer window. and that move would allow Lafferty to be the talisman, where he would likely play in most games.

It’s safe to say that there will not be a third time lucky at Ibrox for a player and character who wasn’t exactly in Steven Gerrard’s good books two seasons ago.

This one is more of an outside chance but could Lafferty head back to his homeland to team up with his old international strike partner David Healy, who is now manager at Linfield?

The career of Kyle Lafferty has been an eventful and colourful one to date, it seems there is still another couple of twists and turns to come.