Rangers still in race for ‘best player in League 1’ 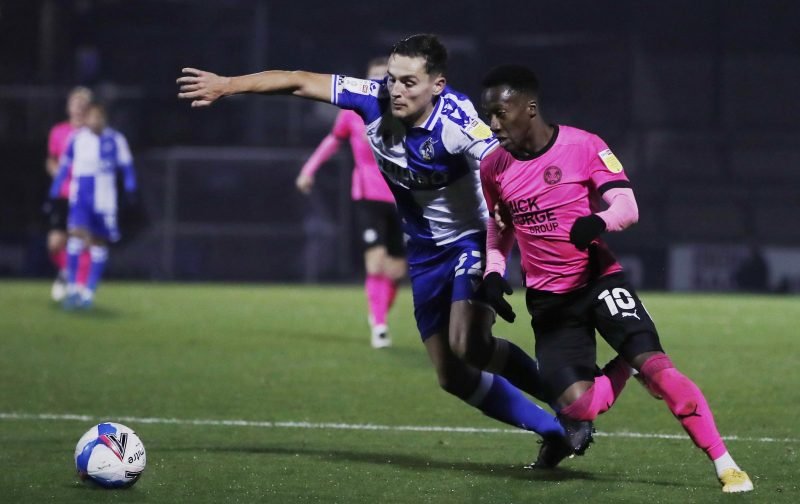 A local newspaper report from Peterborough has today dismissed claims from The Sun that Championship side Brentford are in pole position to sign Peterborough United’s highly rated Siriki Dembele.

The Sun claimed  that the Bees are leading the race for the 24 year old but the Peterborough Telegraph have quashed that report from an excellent source at The Posh.

They have quoted director of football Barry Fry as saying, “We heard a rumour Brentford were interested in Siriki weeks ago so we checked it out and they denied it.”

“I dare say Ivan (Toney) did recommend him, but Brentford have not made contact and we don’t expect them to.

“Our line remains the same. We are not interested in losing our best players in January.”

This comes after former Posh striker and current English Championship top scorer Ivan Toney was quoted by The Sun as claiming that Dembele is ‘the best player in League 1.’

It is known that Rangers have watched the Glasgow-schooled player, brother of Celtic’s Karamoko Dembele, who are both eligible to play international football for England, Scotland or Ivory Coast.

“Rangers have watched Siriki twice as have the Scottish national side,” Posh director of football Barry Fry told the Peterborough Telegraph last month.

The same article also carried a glowing report on the player from Posh chairman Darragh MacAnthony.

“Statistically Siriki is the best player in League One,” MacAnthony, a keen follower of football data, said: “He could do with more goals, but he’s a talent, a phenom who will put bums on seats for sure.”

Keep an eye on this one as Siriki Dembele fits the profile of the type of player that Rangers are targetting.