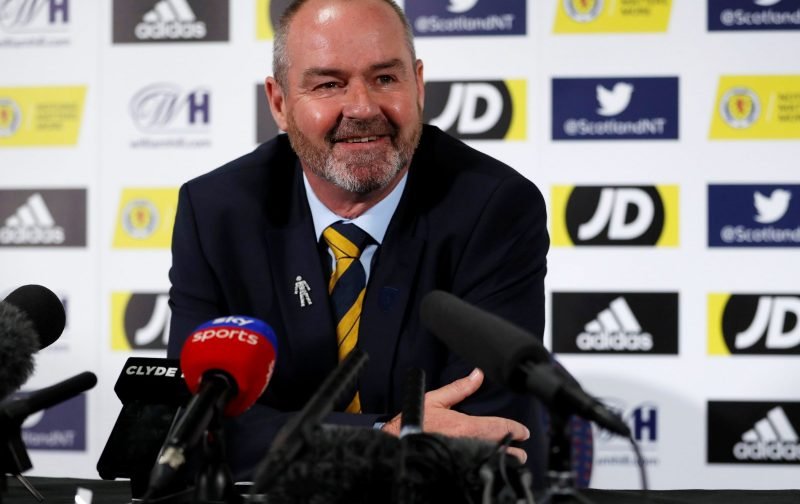 Date: 17th June 2021 at 10:00am
Written by: Gavin Kelly
Steve Clarke appears to be digging his own grave in terms of hindering Scotland’s chances of progressing to the knockout stages of a major tournament for the first time – when, for once, it is harder to get sent home.
In his pre-match build up to the England game on Friday it would seem that he has doubled down on picking Stephen O’Donnell, hailing his defensive performance, proving that he is absolutely blind to what everyone else can see, as reported by The Scotsman.
Vital Rangers has already highlighted his bizarre rant at the assembled media, urging them to “watch the games”, yes, Steve, we have watched them, he is nowhere near the level of an international defender.

Ok, I’ll play along, I’m not even being overly critical here but, you can be justified in saying O’Donnell was partially responsible for both of the goals Scotland conceded, it is fine margins at major tournaments and he simply wasn’t quick enough to react to the second phase for the Czech’s first goal after the initial corner was cleared.

For their second goal, on seeing Jack Hendry so far up field, he should have tucked in behind him to cover, but instead he ran a rare overlapping run, the space vacated is where the blocked shot ended up – and we all know what happened next.

There is also the small issue of him continually giving the ball away and offering absolutely nothing in attack, anybody who has ever watched a game of football will tell you that Nathan Patterson is a better player – anyone who disagrees, ask them who they would rather have in their team….I still wouldn’t be surprised if Clarke said “O’Donnell”.