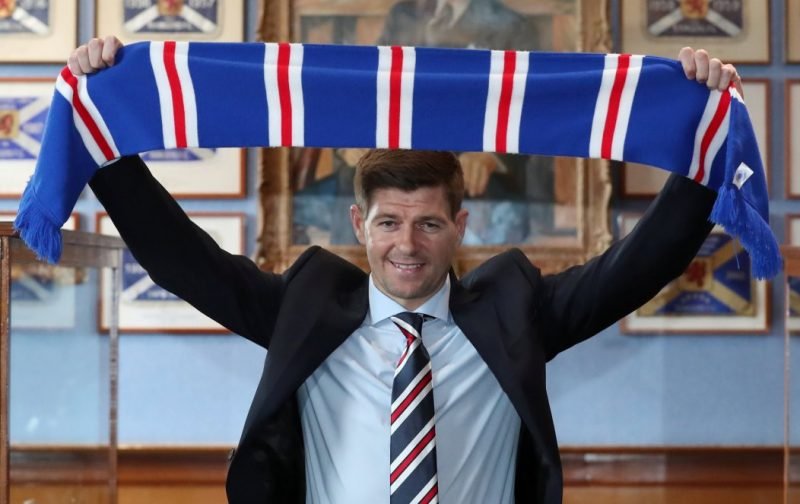 Rangers Twitter has been an absolute joy to behold for months now, first of all as the tide started turning, but now with the 55th title in the bag, the banks have burst and a torrent of celebratory content is filling our timelines.

On Saturday we were given a real treat with access behind the scenes in Ibrox and the celebrations from players who knew that the job was done, maybe not mathematically, but they can be forgiven for that.

Who predicted Steven Gerrard sliding, spread eagled – face first, under the watchful gaze of Her Majesty?

Or, Joy Division becoming one of the most played songs in the country….

A recurring theme is that Connor Goldson also seems to be enjoying himself, for a player who a few years ago needed heart surgery to save his career, who can blame him?

Kris Boyd has been enjoying himself this season, much to the pain of those from the East End, and with Jackie McNamara in attendance at Tannadice, well, he couldn’t help but make the most of the opportunity to remind him of when he said – on a Celtic podcast – that Rangers “aren’t even that good a team“.

No bad for a team thats no that good Jackie 🤣🤣🤣 pic.twitter.com/M4duOLh7I1

After a, no doubt, very light recovery session, celebrations have begun again at Auchenhowie…

The players deserve to enjoy themselves and hopefully with the title being wrapped up so early, focus can now turn to the Europa League and the Scottish Cup – as a wise man once said, “let’s go!”.